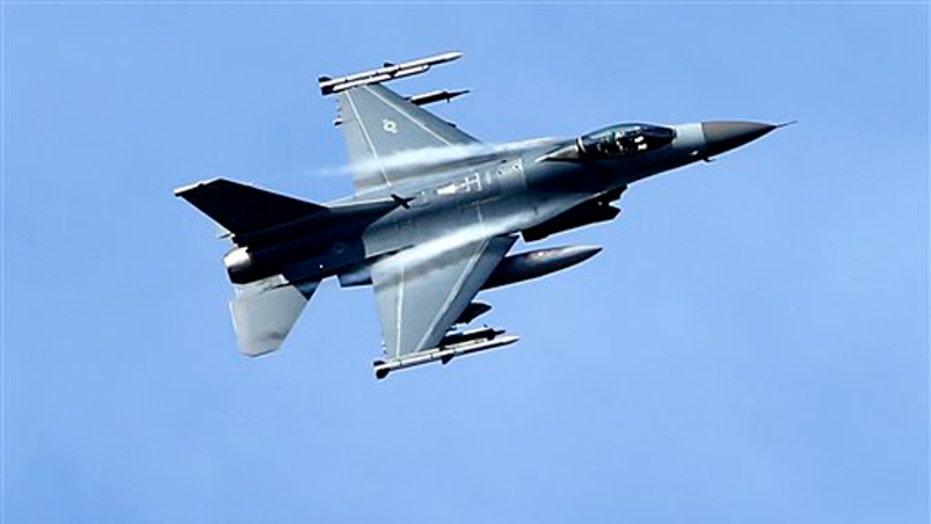 The U.S. has said it will protest what it called the "unsafe and unprofessional" intercept of an American reconnaissance plane by Russian fighter jet over the Baltic Sea last week.

Pentagon spokesman Mark Wright said Sunday said the U.S. was filing a complaint to Russia after the April 7 incident. Russian officials have denied their pilot did anything wrong, according to several news reports.

According to the Pentagon, the U.S. RC-135U plane was flying in international airspace north of Poland. U.S. officials say a Russian SU-27 fighter intercepted the U.S. aircraft at a high rate of speed from the rear, and then proceeded to conduct two more passes using "unsafe and unprofessional maneuvers" in close proximity. The Wall Street Journal reported Sunday that the Russian fighter may have come as close as 20 feet to the U.S. plane, though data from the incident is still being examined.

U.S. officials told Journal that the intercept was the latest example of increasingly aggressive air operations by Russian forces against members of NATO amid its ongoing aggression in Ukraine.

For its part, the Journal reported that Russian officials claimed that the U.S. plane was flying toward the Russian border with its transponder turned off. In recent months, the U.S. and NATO have made similar accusations against Russian spy planes, bombers, and other aircraft that have approached or flown into other countries' airspace.

U.S. officials did not comment on the kind of surveillance the spy plane was conducting, but insisted the flight was routine. The officials said their quarrel was not with the Russians intercepting the plane, but with the maneuvers carried out by the pilot.

It isn't the first time the U.S. has protested to Moscow what it considered to be an unsafe intercept. Last April, a Russian fighter jet intercepted a U.S. reconnaissance plane in international airspace over the Sea of Okhotsk.