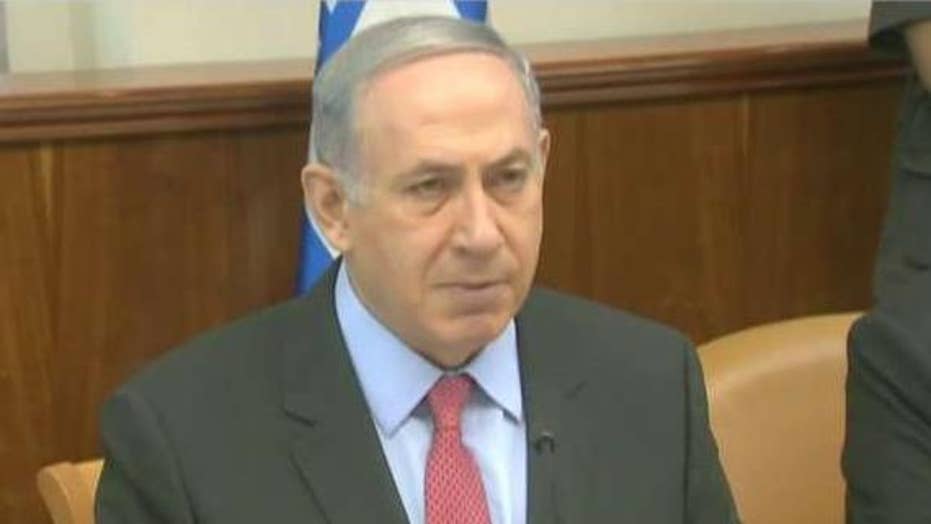 The Wall Street Journal reported Tuesday that the NSA's monitoring of such exchanges raised fears that the Obama administration would be accused of spying on Congress, with one official calling it an "oh, s--- moment".

“I’m appalled by it,” Paul said Wednesday. “You could see how it would stifle speech if you’re going to eavesdrop on congressmen, and that it might stifle what they say or who they communicate with.”

According to the Journal, the enhanced monitoring of Netanyahu began, with the assent of lawmakers from both parties, late in Obama's first term out of concerns that the Israeli leader would pursue a preemptive strike against Iranian nuclear facilities.

The sweeping up of conversations between Israeli officials and U.S. lawmakers began in earnest earlier this year, ahead of a March visit to Capitol Hill by Netanyahu to speak out against the developing Iran nuclear deal, and continued through this past September, when the deadline for Congress to block the deal passed.

The Journal, citing U.S. officials, reported that Netanyahu's office repeatedly attempted to learn details about changes in U.S. positions during the sensitive nuclear talks. Israel's ambassador to the U.S., Ron Derner, was described as coaching unnamed Jewish- American groups to press members of Congress, especially Democrats, to oppose the deal.

A spokesman for the Israeli Embassy in Washington described the U.S. claims as "total nonsense."

The White House, reportedly wary of the political fallout if the spying on Netanyahu was to become public, allowed the NSA to determine what conversations should be disclosed to Obama administration officials and what should be kept secret. The Journal reported that the NSA removed the names of U.S. lawmakers from the intelligence reports it shared, and also redacted any criticism of the Obama administration.

The Journal also reported that Obama left Netanyahu off a list of world leaders who would be exempt from NSA activities after the president vowed to curtail eavesdropping on friendly heads of state in January 2014.

Among the world leaders who made the so-called "protected" list was German Chancellor Angela Merkel, French President Francois Hollande, and most leaders of NATO nations, with the notable exception of Turkey.

The White House on Wednesday declined to comment on the specific activities detailed in the report, but defended its broader practices – while touting cooperation with Israel.

“As a general matter, and as we have said previously, we do not conduct any foreign intelligence surveillance activities unless there is a specific and validated national security purpose. This applies to ordinary citizens and world leaders alike,” Ned Price, National Security Council spokesman, said in a statement.

“When it comes to Israel, President Obama has said repeatedly that the U.S. commitment to Israel’s security is sacrosanct. This message has always been backed by concrete actions that demonstrate the depth of U.S. support for Israel.”