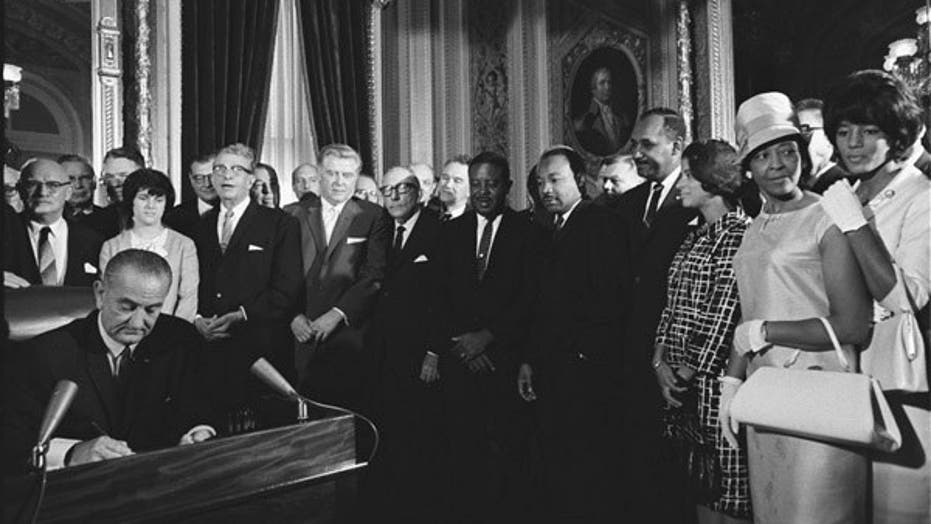 On this day in history, in 1870, the U.S. Congress ratified the 15th Amendment, which granted African American men the right to vote.

Spearheaded by Republicans in Congress, the 15th Amendment was ratified in 1869, four years after the end of the American Civil War.

Though the trio of amendments appeared to signify a promise of equal rights to African Americans, it represented the beginning of a new struggle that has lasted for more than a century.

Jim Crow laws, which ensured a system of segregation based on race, were enacted throughout the South and remained in place until the 1960s. Under these laws, African Americans were reduced to second-class citizens.

In 1965, President Lyndon B. Johnson urged Congress to pass legislation that would enforce the 15th Amendment. He told Congress: “We cannot have government for all the people until we first make certain it is government of and by all the people.”

President Johnson signed the Voting Rights Act into law on Aug. 6, 1965. The Act outlawed discriminatory voting practices, like literacy tests and grandfather clauses, that had been in place since the Civil War. Congress extended the law in 1970, 1975 and 1982.