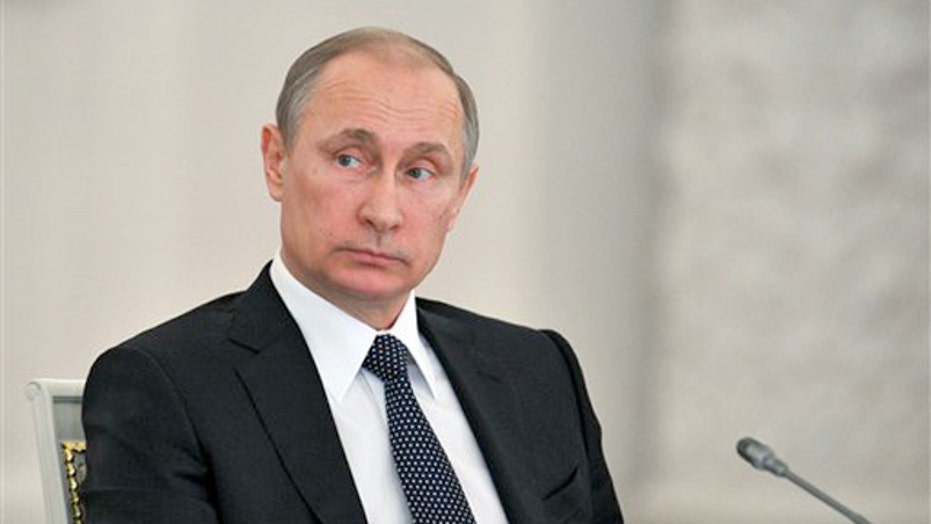 A top U.S. military commander warned that Russia’s modern military is now “far more capable” than that of the Soviet Union, saying Moscow is “messaging” the United States that “they’re a global power.”

The warning over Russia’s military might from Adm. William Gortney, head of U.S. Northern Command, is the second in as many months.

Gortney disclosed to Congress in March that Russian heavy bombers flew more "out-of-area patrols" last year than in any year "since the Cold War." On Tuesday, he affirmed that Russia’s “long-range” flights are rising – and occurring in places they haven’t before, like near Canada, Alaska and the English Channel.

He also confirmed there are two Russian Navy ships off the shores of the United States, reportedly near Cuba and Venezuela.

The comments are the latest sign of military and other tensions rising between the U.S. and Russia, which is accused of stoking the fighting in eastern Ukraine despite international sanctions and condemnation.

Gortney described Russia’s intervention in Ukraine as part of a “new doctrine,” which they’re employing.

“The Russians have developed a far more capable military than the quantitative, very large military that the Soviet Union had,” he said.

In sheer numbers, the Soviet Union’s military was still much bigger than Russia’s today. According to statistics published in The Washington Post, the Soviet Union in the mid-1980s had more than 5 million in its armed forces, and even more in its reserves. Today, its armed forces number fewer than 1 million, with its reserves at 2 million – roughly comparable to the total forces of the U.S., but smaller than the total NATO force.

“We watch very carefully what they're doing,” Gortney said, while noting that Russian aircraft are “adhering to international standards that are required by all airplanes that are out there.”

CNN also reported Tuesday that Russian hackers were able to breach a White House computer system after a successful cyber-attack on the State Department. The White House has not publicly confirmed this.

On the bright side, he said: “China does have a no-first-use policy, which gives me a little bit of a good news picture there.”