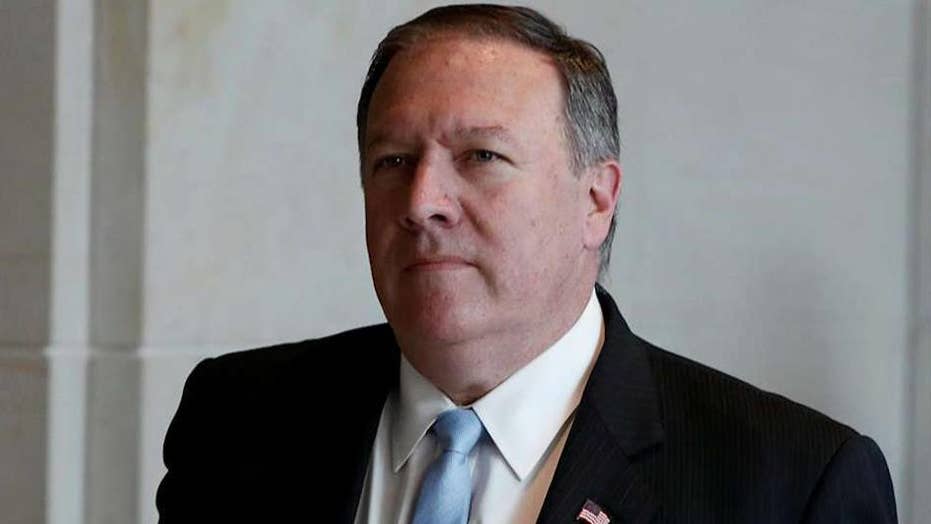 Trump was careful to not pin responsibility for the attack on the Saudi oil facilities on Iran; chief White House correspondent John Roberts reports.

Iran was the staging ground for the weekend attacks on the massive Saudi Arabia oil field, according to U.S. intelligence that was shared with the kingdom, a report said.

The Wall Street Journal, citing unnamed sources, reported that the intelligence report—that was not shared publicly—indicated that Iran raided the massive oil field with at least a dozen missiles and 20 drones.

The State Department did not immediately respond to an after-hours email from Fox News on Tuesday morning. The Journal's report said that a Saudi official indicated that the U.S. intelligence was not definitive. The official told the paper that the U.S. did not provide enough evidence to prove without a doubt that Tehran’s hand was involved.

President Trump has said the U.S. is “locked and loaded” and able to respond to the threat but also said he wants to avoid war. Iran has denied any involvement in the attack. Ahead of UN meeting, Iran's Supreme Leader Ayatollah Ali Khamenei said "there will be no talks with the US at any level," the Associated Press reported.

Yemen's Iran-backed Houthi rebels claimed responsibility for the attack on Saturday, sparking huge fires and halting about half of the supplies from the world's largest exporter of oil. The attack was seen by some analysts as a Pearl Harbor-like event.

The fires led to the interruption of an estimated 5.7 million barrels in crude supplies, as Saudi officials said part of that would be offset with stockpiles.