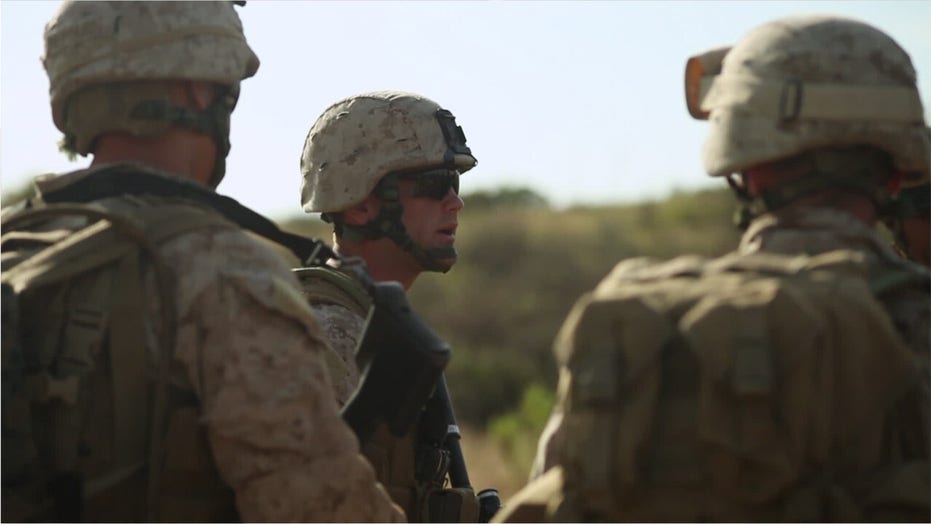 The United States Army is investigating a hand out that calls ‘Make America Great Again’ a form of White supremacy. The Army said the material was sent out in error.

The U.S. Army is investigating after a handout was distributed to personnel on an Army base in Alabama that included an image describing President Trump's 2016 “Make America Great Again” slogan as a form of covert White supremacy.

The handout, sent to personnel at Redstone Arsenal, invited all soldiers and personnel to attend an “Operation Inclusion” listening seminar. Rep. Mo  Brooks, R-Ala., who first brought attention to the handout, said it was sent to personnel at the base from an official government email address and created by the U.S. Army Equity and Inclusion Agency. He believes it could have been sent to thousands of personnel.

Included in the handout was a pyramid graphic with behaviors identified as “overt white supremacy (socially unacceptable)” such as racial slurs and hate crimes. Beneath that are listed things classed as “covert" or socially acceptable forms of “white supremacy.”

The Army website describes Project Inclusion as an Army initiative, directed by the Secretary and the Chief of Staff to "improve diversity, equity, and inclusion across the force and build cohesive teams.”

The Army said the graphic was sent out “in error” and was “predecisional.”

“On July 6, 2020, a Project Inclusion listening tour handout included two unapproved pages that were sent out in error and immediately recalled. The slides – copied from a non-government website – included a word cloud with phrases that were intended to spark conversation; however, the document was predecisional and inappropriate for the discussion,” a statement from the Army said. “The unapproved pages were in no way used as part of the ‘Your Voice Matters’ listening tour sessions.”

"Including overtly political materials in the invitation for such an event is completely inappropriate and, in this instance and in my view, illegal," Brooks wrote to McCarthy. "Further, the inclusion of such materials serves only to ostracize segments of the workforce and create racial division, rather than minimize it."

“What occurred is absolutely unacceptable, and I expect Army leadership to fully investigate whether this incident violated the Hatch Act or any Department of Defense regulation and to appropriately hold those responsible accountable to the fullest extent possible,” he said.

That investigation is taking place, the Army said in its statement.

“As soon Department of the Army leaders were made aware of these products the Army initiated a 15-6 investigation to determine how this happened,” the Army said in a statement. “The Army does not condone the use of phrases that indicate political support. The Army is and will continue to remain an apolitical organization.”