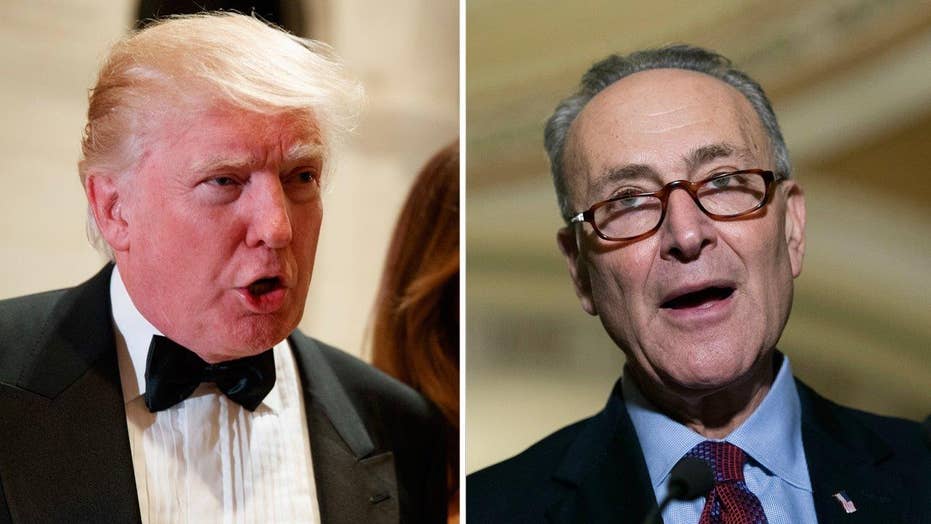 A slew of well-heeled, left-wing groups have launched “unprecedented” campaigns aimed at derailing President-elect Trump’s cabinet picks before they can get through the Senate confirmation process.

Environmental, education and civil rights groups have mounted efforts against Trump’s choices, even though the upper chamber’s Republican majority has the votes to approve all of them.  The organizations insist the efforts are driven by Trump’s “extreme” selections, and not simply partisan politics.

“It is unprecedented because the nature of the picks is unprecedented,” said Adam Jentleson, who just took a key position with the Center for American Progress Action Fund after previously serving as deputy chief of staff to retired Senate Minority Leader Harry Reid, D-Nev. “This is a President-elect who is coming in with a starkly divided country, and instead of picking nominees who could build bridges with the majority of Americans who opposed him, he is picking nominees who are doubling down on the most extreme parts of conservative ideology.”

The Sierra Club is joining the anti-Pruitt effort and also urging senators to block former Exxon boss Rex Tillerson from confirmation as Secretary of State.

Network for Public Education is leading a letter-writing campaign against Betsy DeVos, a Michigan billionaire Trump has tapped for Secretary of Education.

Drug Policy Alliance and the NAACP hare trying to stop Sen. Jeff Sessions, R-Ala., from becoming attorney general, with an ad campaign and sit-ins at Sen. Sessions’ offices in Alabama.

Partisan opposition is common during the confirmation process, but under rules imposed by Democrats when they controlled the Senate, a simple majority is enough to confirm cabinet – though not Supreme Court – nominees.

Senate Minority Leader Chuck Schumer, D-N.Y., said earlier this week his party will not try to delay the confirmation process, but will “thoroughly vet” nominees.

“For positions of such influence in our government, it’s the responsibility of the Senate to guarantee that we have all the information we need on each nominee in a timely fashion,” Schumer said. “The slate of nominations selected by President-elect Trump has made this process, standard for nominees of presidents of both parties, immensely difficult.”

The Senate last used its “advise and consent” authority to reject a nominee in 1989, nixing then-President-elect George H.W. Bush’s nomination of former Sen. John Tower, R-Texas, for Secretary of Defense. Prior to that rejection, the Senate hadn’t rejected a cabinet nominee since the Eisenhower administration’s pick for commerce secretary in 1959.

“I believe all of our –all of the President-elect’s cabinet appointments will be confirmed,” Majority Leader Mitch McConnell, R-Ky., said Wednesday. “I think it would be great if the Democrats would understand that, particularly with regard to the national security team –the secretary of defense, CIA, homeland security –it would make a lot of sense to have those folks in place on day one and I hope we get to the point where that’ll be possible.”

Despite their stated goals, the groups may have motives beyond actually blocking confirmations, said one expert.

“The point of speaking out in opposition to any of these people is not necessarily about winning a fight this January,” Clark University Political Science Prof. Rob Boatright, who wrote an op-ed regarding liberal groups against cabinet picks, told FoxNews.com. “This is a way to keep people mobilized and active over the next few months and throughout Trump’s presidency.

“Ultimately, they want to keep this out there so that down the road, if something negative happens, they can say ‘we’ve been talking about this for months,’” Boatright added.

"When President Obama took office, the Senate confirmed seven of his nominees his first day in office, and nearly all of them within two weeks,” the aide said on condition of anonymity. “Democrats should do their job and work to fill these cabinet positions."