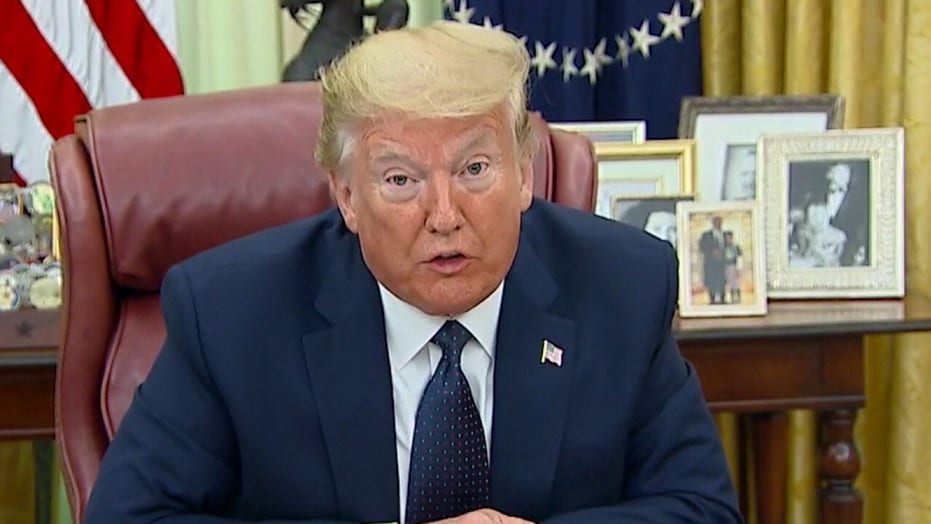 Twitter has once again taken action against President Trump, this time censoring a tweet for "glorifying violence" in his late-night response to the ongoing violence in Minneapolis.

Trump said he couldn't not just watch the city be overwhelmed by the unrest over the death of George Floyd.

Trump fired back at Twitter on Friday: “Twitter is doing nothing about all of the lies & propaganda being put out by China or the Radical Left Democrat Party. They have targeted Republicans, Conservatives & the President of the United States. Section 230 should be revoked by Congress. Until then, it will be regulated!”

Critics on Twitter said Trump's comments had racial undertones and said the term "when the looting starts, the shooting starts" can be traced back to Miami Police Chief Walter Headley in 1967 as a threat to black protestors during the civil rights movement.

"This Tweet violates our policies regarding the glorification of violence based on the historical context of the last line, its connection to violence, and the risk it could inspire similar actions today," Twitter Comms wrote. "We've taken action in the interest of preventing others from being inspired to commit violent acts, but have kept the Tweet on Twitter because it is important that the public still be able to see the Tweet given its relevance to ongoing matters of public importance."

This marks the second time Twitter has cracked down on Trump's tweets. Earlier this week, the tech giant added a fact-checking label to the president's tweets sounding the alarm on potential fraud from mail-in voting.

That sparked escalated tensions between him and Twitter, prompting the president to sign an executive order on Thursday that interprets Section 230 of the Communications Decency Act of 1996 (CDA) as not providing statutory liability protections for tech companies that engage in censorship and political conduct.

Fox News' Edmund DeMarche and Gregg Re contributed to this report.