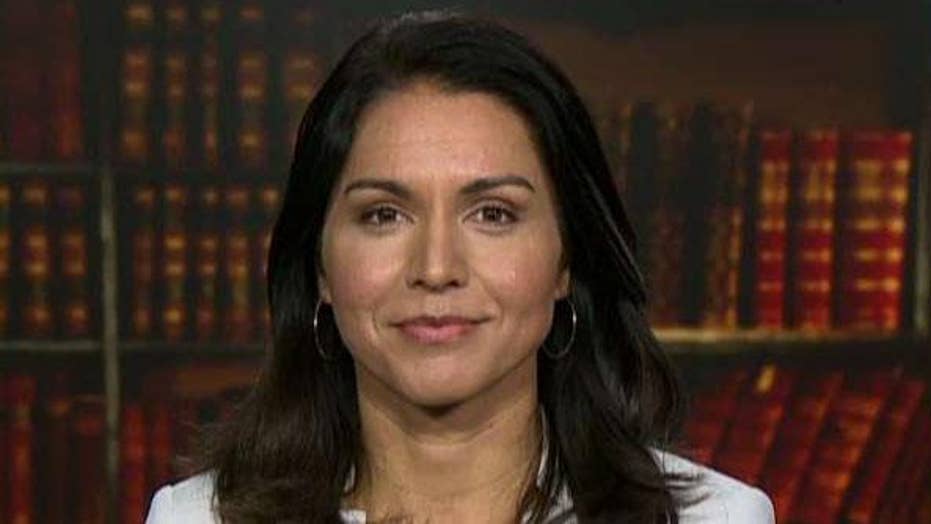 "I grew up in Hawaii, where Christmas was 80 degrees and a day at the beach, and so being here in the winter, it's just -- the first snow of the year is always fun," she said, according to WMUR-TV in Manchester.

Gabbard said she thinks New Hampshire, which votes after Iowa, will be her best chance to break through as a presidential candidate.

On Tuesday, Gabbard tweeted a post of a yoga session at her new place just outside Manchester.

“Rain, snow or sun ... it’s always a good time for #yoga,” she wrote while doing poses with a blanket of snow visible outside the window.

"We had a town hall in Rochester and then in Gilford right before the storm hit, and people said, 'You must be getting out of town,' and nope, we're here for the duration," Gabbard said, WMUR reported.

Gabbard is currently polling in fifth place at 5 percent in the state, according to the Real Clear Politics average.

She has not yet qualified for the Democratic presidential debate in December.