Tommy Tuberville and President Trump were the winners in Tuesday’s Republican Senate primary runoff in Alabama.

Tuberville, a first-time politician and former Auburn University football coach, defeated former U.S. Attorney General Jeff Sessions thanks, in part, to an endorsement from the president. The Associated Press projected Tuberville as the winner in the election about 90 minutes after the polls closed in Alabama.

Sessions -- who was fighting for his political life -- was also fending off the ire of the president. He served a dozen years as a senator from Alabama before becoming Trump’s first attorney general in 2017, but Sessions angered the president by recusing himself that year from the Russia investigation into the 2016 election.

Sessions, who was the first Republican senator to back Trump in the 2016 presidential election, was forced out as attorney general in November of 2018. Since then, he’s repeatedly been a public punching bag for Trump.

On the eve of the priamry he tweeted out an audio clip of the president touting that Tuberville would have "a call direct line into my office."

He now advances to the November general election to take on Sen. Doug Jones, who is the most vulnerable Democrat in the Senate in this year’s general election. The Republicans are looking to hold onto their 53-47 majority in the Senate, and Alabama could prove to be a real shot at flipping a Democrat-held seat.

Soon after AP called the race, the president tweeted that "Tuberville WON big against Jeff Sessions. Will be a GREAT Senator for the incredible people of Alabama."

And Trump claimed that Jones "is a terrible Senator who is just a Super Liberal puppet for Schumer & Pelosi."

Sessions stressed during the campaign that it wasn't up to Washington to dictate the election in Alabama. "The president can endorse who he wishes," he repeatedly said. "But the people of Alabama will decide this race."

On Saturday, after Trump tweeted that “Jeff Sessions is a disaster who has let us all down. We don’t want him back in Washington!” – Sessions returned fire – calling Trump’s tweets “juvenile insults” and emphasizing that “Alabama does not take orders from Washington.”

Although Sessions went on the attack against Tuberville on a range of issues, the former football coach refused to engage.

On the eve of the primary, veteran Alabama-based Republican political consultant Angi Stalnaker told Fox News, “Jeff Sessions allowed the narrative to become Jeff Sessions versus Donald Trump. Tommy Tuberville really has nothing to do with this race at all. He’s not making speeches. He’s not doing debates. His only argument is Donald Trump likes me. If a light pole had run against Jeff Sessions, Donald Trump would have endorsed the light pole.”

And she emphasized that in a state where Trump remains extremely popular among Republicans, “Team Tuberville is going to be the beneficiary of that very, very, flawed mistake."

Until Tuesday's runoff, the president had been 0 for 2 in Alabama Senate races.

In the 2017 special election to complete Session’s term as senator, the president endorsed and campaigned for appointed Sen. Luther Strange, who was defeated in the GOP primary by conservative firebrand Roy Moore.

Two months later Trump backed Moore – a former Alabama Supreme Court chief justice who was facing multiple sexual misconduct allegations – including one from a girl who was 14 at the time of the alleged assault. Moore denied the allegations.

Top congressional Republicans called on Moore to drop out of the race and the National Republican Senatorial Committee declined to support him. Jones narrowly edged out Moore in the general election to become the first Democrat to win a Senate seat in Alabama in a quarter century. 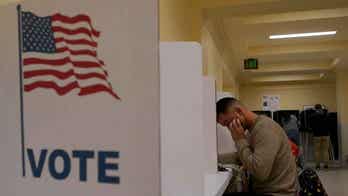 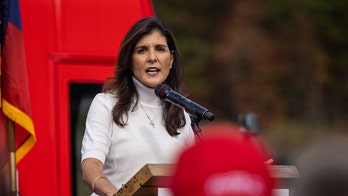 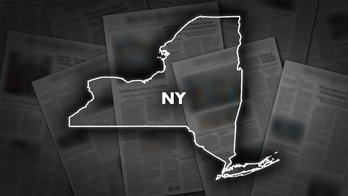