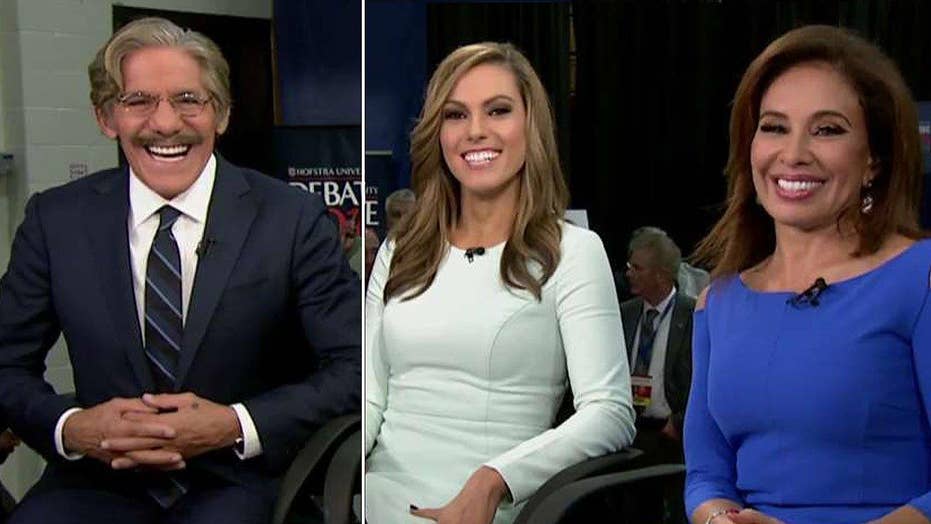 Hits and misses of the first presidential debate

Donald Trump's case of the sniffles at Monday's debate prompted a bizarre charge from onetime Democratic presidential candidate Howard Dean, who mused on Twitter that the GOP candidate may be a "coke user."

While much of the pre-debate hype focused on whether Democratic nominee Hillary Clinton, who Dean supports, would have a coughing fit, it turned out Trump was the one with respiratory issues. The developer-turned-politician repeatedly sniffed into the microphone as he addressed the auditorium at New York's Hofstra University and a TV audience that could approach 100 million.

Howard Dean accuses Donald Trump of being a "coke user." Not a parody account. A real tweet from @GovHowardDean. #Debatenight Shameful. pic.twitter.com/Crf7tSlayn

Howard Dean thinks Donald Trump could be a cocaine user. (The Associated Press)

The remark quickly gained more than 7,000 retweets and more 7,772 likes. But it also prompted a wave of criticism directed at the former Vermont governor.

“It’s a stupid comment from someone who should be taking the high ground,” tweeted Ryan Miller.

Trump famously claims to have never touched alcohol or smoked so much as a cigarette, so Dean's suggestion the 70-year-old turned to hard drugs on the biggest night of his nascent political career came out of left field.

Trump told Fox News Channel's "Fox & Friends" Tuesday that there were "no sniffles" and that he didn't have a cold.

"There no sniffles," Trump said in a phone interview. "Maybe it was the mic. There were no allergies, no cold."

Clinton, who nearly collapsed earlier this month during a 9/11 memorial ceremony amid a bout with pneumonia and has had several coughing fits while on the campaign trail, appeared healthy and sharp during the 90-minute debate.