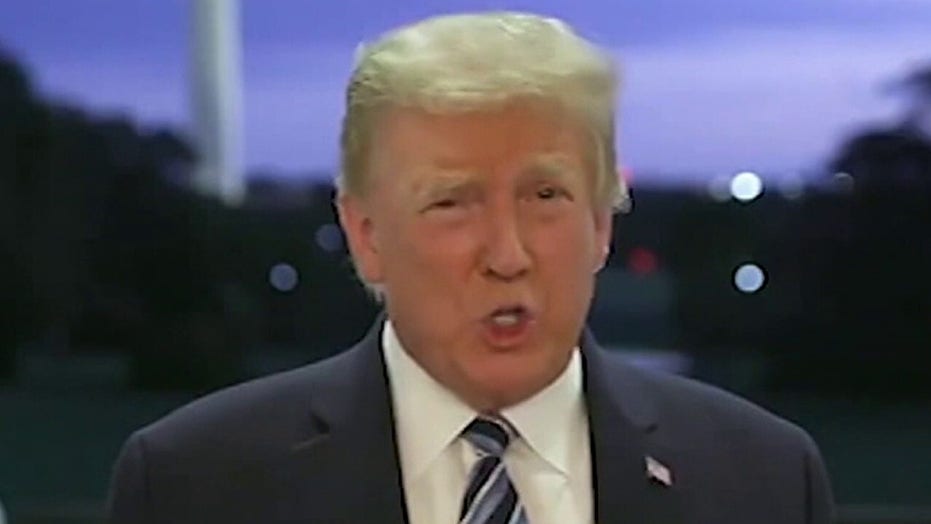 The positive health prognoses for the president and vice president come less than a month before Election Day and on the eve of the vice presidential debate scheduled for Wednesday night in Salt Lake City, Utah.

"This morning the President's team of physicians met with him in the Residence. He had a restful first night at home, and today he reports no symptoms," Conley wrote in a memo to White House press secretary Kayleigh McEnany, who herself has tested positive for the coronavirus. "Vital signs and physical exam remain stable, with an ambulatory oxygen saturation level of 95-97%. Overall he continues to do extremely well, I will provide updates as we know more." 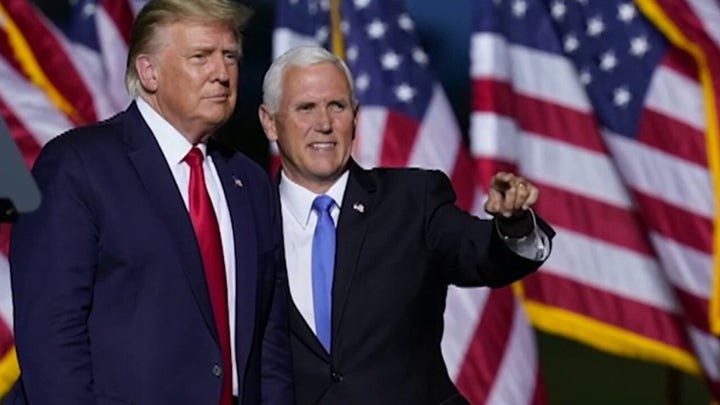 WHITE HOUSE DEFENDS TRUMP, SAYS HE IS 'PROJECTING AN IMAGE OF STRENGTH' AMID BATTLE WITH CORONAVIRUS

Trump, along with first lady Melania Trump and several members of the White House staff, tested positive for the coronavirus in recent days as the pandemic reached the highest levels of the U.S. government.

Trump was reported Tuesday to be considering giving public remarks from the White House now that he is out of the hospital after going to Walter Reed late last week with "concerning" symptoms of the coronavirus. But doctors are reporting that Trump has improved in recent days, especially since two instances when his blood oxygen dropped suddenly and when he had a high fever. Trump has been treated with remdesivir, an antibody therapy from Regeneron and the steroid dexamethasone.

Conley said Tuesday that Trump "may not entirely be out of the woods yet," but the president sent out an optimistic video address on Twitter on Tuesday evening.

"You're gonna beat it," Trump said of the virus. "Don't let it dominate, don't let it take over your lives."

The letter from Pence's physician, meanwhile, said that Pence "has continued to have daily COVID-19 antigen tests and intermittent PCR tests, which have all resulted as negative."

It continued: "Pence is not a close contact with any individuals who have tested positive for COVID-19, including President Donald J. Trump and senior members of the White House administration ... Pence is encouraged to go about his normal activities and does not need to quarantine."

Pence reportedly was last with Trump last Tuesday morning in the Oval Office -- one week ago. 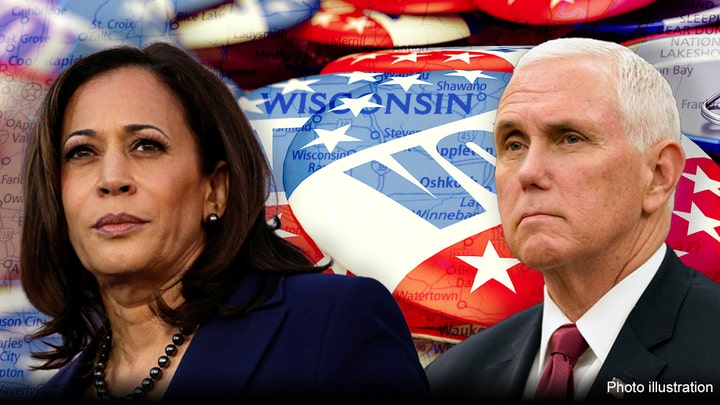 The endorsement of Pence's ability to engage in normal activities comes ahead of the Wednesday vice presidential debate, which will employ new coronavirus precautions after controversy that stemmed from the fact Trump's party did not wear masks at the first presidential debate.

Pence and Democratic vice presidential nominee Kamala Harris will be 12 feet apart -- compared to the 7 feet that separated Trump and Biden at their debate -- and moderator Susan Page of USA Today will be 12 feet away from the candidates. The guests in the debate hall will be required to wear masks and be limited. They will also have to present negative coronavirus tests.

Pence and Harris will also not do a pre-debate handshake or elbow bump.