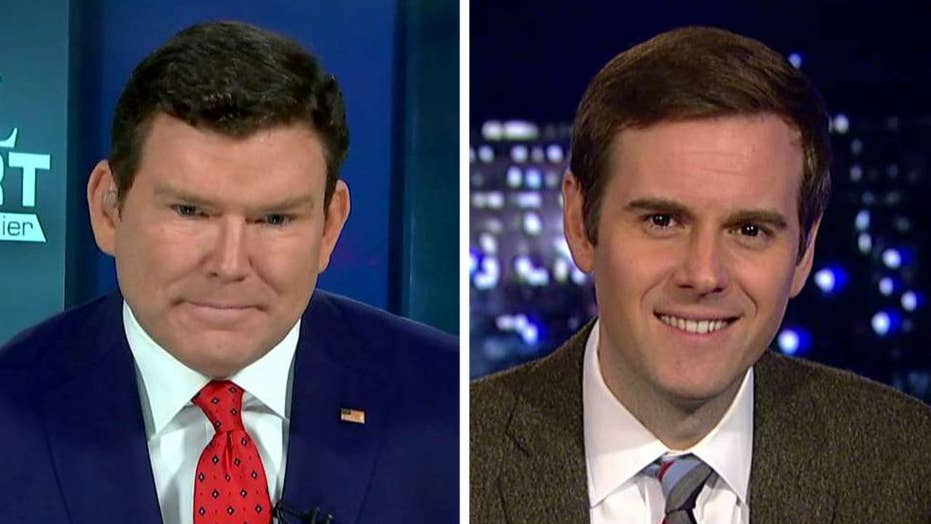 Earlier in the day, President Trump officially declared a national emergency in order to allocate funding for the border wall that wasn't included in the compromise border security bill that Congress passed and that the president signed into law.

Hanson began by suggesting that President Trump should have echoed his predecessor President Barack Obama’s “I have a pen and I have a phone” remark and incrementally pulled funding from various departments instead of making his move so “dramatic.”

“I think that the news cycle is going to go on and it’s not going to be the big cycle drone that everybody thinks,” Hanson predicted.

The Hoover Institute fellow later added that it was “psycho-dramatic” to say that the Constitution is “in danger,” pointing to Obama’s actions on the 2015 Iran Nuclear Deal and DACA (Deferred Action for Childhood Arrivals, a program for delaying deportation for adults who came to the U.S. illegally when they were children).

Messina pointed out that during his news conference, President Trump admitted that he “didn’t need” to declare a national emergency but that he did so to expedite funding for the wall, which Messina concluded made the event the “definition of not an emergency.”

“This is a troubling move by a president. The framers put together a Constitution to make sure that there was separation of powers and not to have kings. And I think the president is right, he’s going to spend a lot of time in court,” Messina said.

“Frankly, as a conservative, I hope he loses in court on this because I do not want a precedent where presidents can get rejected or stymied by Congress and go ahead and do what they want anyhow."