President Trump: Mail-in voting going to be a 'disaster'

President Trump on Wednesday hedged his comments from the previous day that the massive explosion in Beirut was caused by a bomb – saying that the blast that left more than 70 dead and thousands injured could have been an accident.

“Whatever happened, it is terrible,” Trump said during his daily press briefing at the White House. “They don’t really know what happened. I don’t think anybody can say right now, we’re looking into it very strongly.”

The president’s comments contradict ones he made on Tuesday when he said top U.S. military commanders had informed him that the explosion in the Lebanese capital was likely caused by a bomb.

“I've met with some of our great generals and they just seem to feel that this was not some kind of manufacturing explosion type of an event,” Trump said Tuesday. “They seem to think it was an attack. It was a bomb of some kind.”

From the outset, however, U.S. officials have said that they did not know the cause of the initial fire and explosions that set off the larger blast. But they said they do believe the reports out of Lebanon claiming a large stockpile of ammonium nitrate left over from a seizure is what exploded.

Officials on Wednesday couldn’t identify any “generals” who delivered any such Beirut message to the president. And while none would comment publicly, some noted that defense and intelligence officials didn't have enough information about the explosion to make any statement about the cause on Tuesday evening. 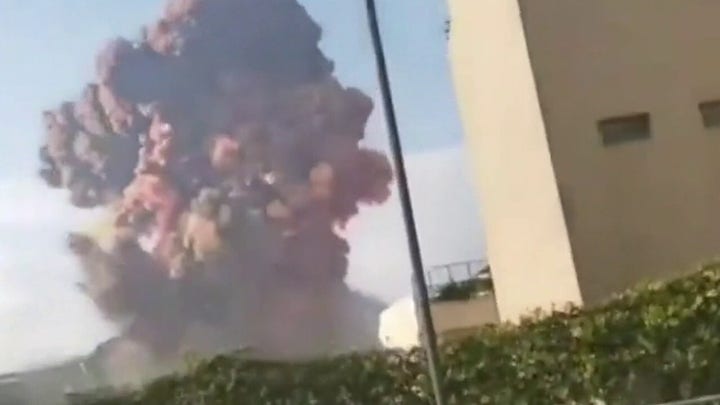 The blast flattened much of the city's port, while damaging buildings across the capital and sending a giant mushroom cloud into the sky. Along with the more than 70 deaths, at least 3,000 others were injured.

The blast struck with the force of a 3.5 magnitude earthquake, according to Germany’s geosciences center GFZ, and it was heard and felt as far away as Cyprus more than 180 miles across the Mediterranean.

The cause of the blast is still not confirmed, but initial reports suggested a fire had detonated a warehouse at the port.

Abbas Ibrahim, chief of Lebanese General Security, said it might have been caused by highly explosive material that was confiscated from a ship some time ago and stored at the port. Local television channel LBC said the material was sodium nitrate. Witnesses reported seeing a strange orange-colored cloud like that which appears when toxic nitrogen dioxide gas is released after an explosion involving nitrates. 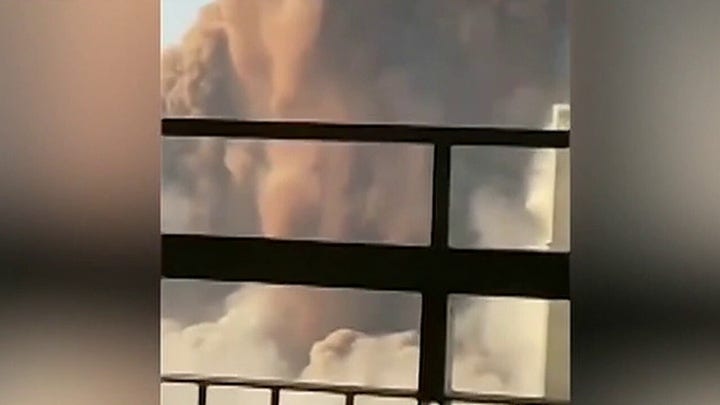 Defense Secretary Mark Esper on Wednesday also contradicted Trump’s claim that the blast was caused by a bomb attack.

Esper said the U.S. was still gathering information about the explosion, but said most believe “it was an accident, as reported.”