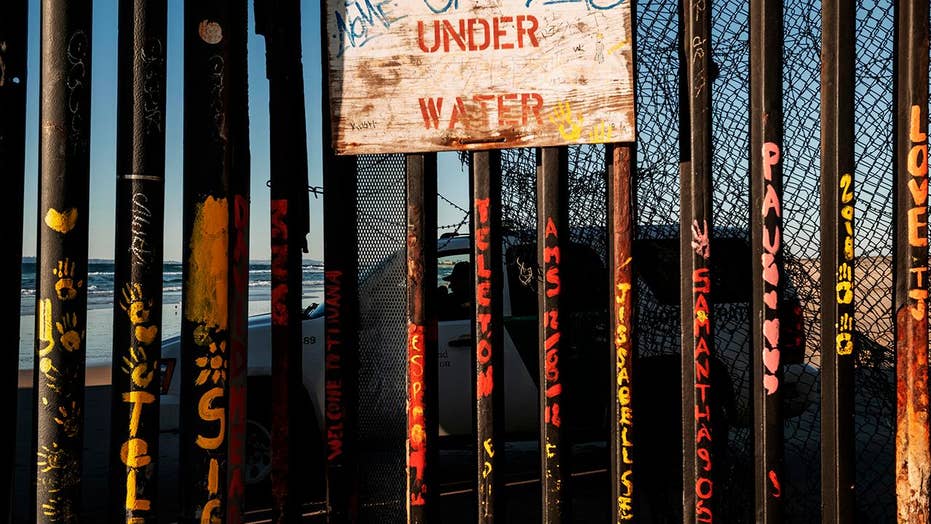 How will Trump's trip to the US-Mexico border impact border security?

As the government remains partially shuttered, President Trump is set to visit the southern border in a continued push for a wall.

Trump and Democrats remained locked in an impasse over funding for the border wall, with the president demanding more than $5 billion to go towards one of his most profound campaign promises. He’s warned the shutdown could stretch on for “years” and floated the possibility of declaring a national emergency to build the wall.

Trump is headed to McAllen, Texas, Thursday to “meet with those on the front lines of the national security and humanitarian crisis,” White House press secretary Sarah Sanders said.

The Mexico-adjacent town is about 250 miles south of San Antonio. On the other side of the Rio Grande is Reynosa, considered to be one of the least secured cities in Mexico. Reynosa is in the northern part of Tamaulipas, which the State Department has included on a travel advisory due to crime.

As Trump visits McAllen, read on for a look at what to know about the Texas city.

McAllen is home to the biggest immigration processing center in the U.S. – called Ursula – that was at the center of the controversial practice of separating children from their families after they crossed into the U.S.

People at the 77,000-square-foot facility are kept behind chain-link fences and given Mylar blankets. Earlier this year, immigration officials said the facility housed about 1,129 people, according to NBC News. Its capacity is reportedly 1,500 people.

McAllen Mayor Jim Darling said his town’s respite centers see an average of “several hundred” asylum seekers a day, likening the influx to people of that of the caravans traveling to the U.S. that have garnered national attention.

Darling told the Texas Standard that “border security is important,” but his area is different from other towns along the U.S.-Mexico border in that it’s clear where that border is because of the Rio Grande. A wall, Darling said, “is really not an effective way to protect our border.”

McAllen residents, too, have contended the city is safe despite not having a wall along its border.

CAN TRUMP DECLARE A NATIONAL EMERGENCY TO BUILD BORDER WALL?

“Why on earth would me and my husband live here, and work here, and rear six children here, if it wasn’t safe,” Marianna Trevino-Wright, who works at the National Butterfly Center, told Reuters.

“I’ve lived here all my life, and I have never seen a crisis here. We’ve never had issues from cartels coming into our towns and wreaking havoc or anything,” Alex Flores, a 27-year-old bartender, said.

Darling also noted that McAllen’s economy coexists with Reynosa’s, and people travel back and forth among the cities for work. “You can’t just shut this place down,” he said.

McAllen’s population sits at about 143,000 and is the largest city in Hildago County. It is home to the Quinta Mazatlan, a historical mansion and birding center.

TRUMP’S BORDER WALL: A LOOK AT THE NUMBERS

The majority of the McAllen population is Hispanic, and the median household income is around $45,000, according to U.S. Census data.

First lady Melania Trump traveled to McAllen in June 2018 to visit a child detention center amid the national outcry that stemmed from children being separated from their parents after coming into the U.S. illegally.

During her visit, the first lady thanked the Upbring New Hope Children’s Center workers for the “hard work, compassion and kindness” they showed to the children housed in the facility. She also spent time with minors in the center and spoke with them about their interests and school.

The facility primarily keeps unaccompanied minors, as opposed to those who were separated from their families at the border. About 55 children – mainly ages 12 to 17 – were housed at the facility at the time.

Fox News’ Gregg Re and Adam Shaw contributed to this report.