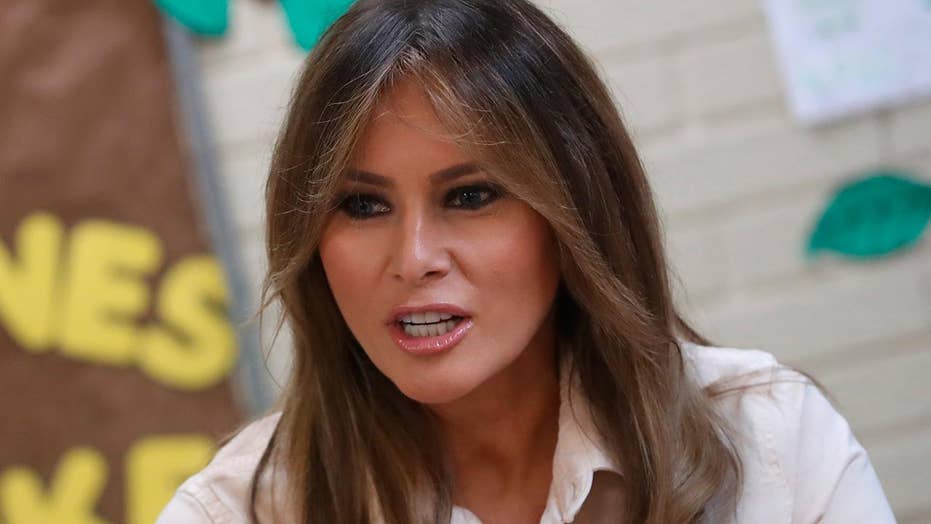 First lady Melania Trump on Thursday visited a child detention center in Texas that houses minors who entered the country illegally -- in the wake of her husband’s executive order that ended the practice of separating families.

Mrs. Trump visited the Upbring New Hope Children’s Center, after she was reported to have been a force in getting the president to act in the wake of a days-long controversy surrounding the effects of the Department of Justice’s “zero tolerance” policy.

The first lady said earlier through her spokeswoman that she "hates" to see families separated at the border.

“We all know they are here without their families and I want to thank you for your hard work, compassion and kindness you are giving them in these difficult times,” Mrs. Trump told a roundtable of workers at the Texas center. 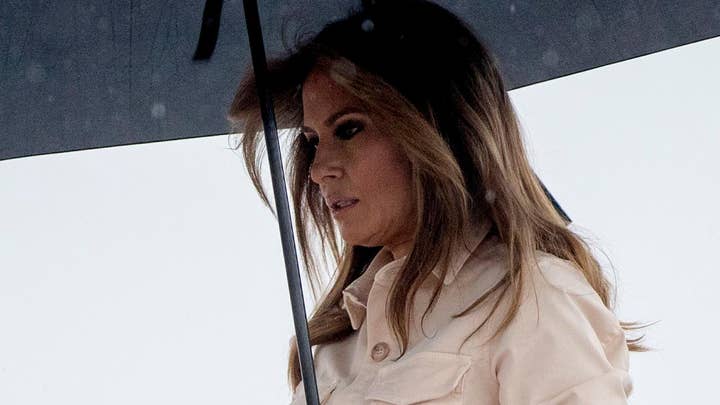 She went on to meet with children, shaking hands with some and asking what their favorite school subjects are. She told a group of boys to "work hard, study hard" and another group to "be kind and nice to each other." Another classroom was decorated by a large homemade American flag with "Welcome First Lady!" on it.

President Trump, meanwhile, said at a Cabinet meeting in Washington that his wife was at the border "because it really bothered her to look at this and be seeing it, as it bothered me and it bothered everyone at this table."

The president continued, however, to stress the importance of border security. "They walk through Mexico like it's Central Park. It's ridiculous," he said. "Mexico is doing nothing except taking our money and sending us drugs."

But the past two days have seen the Trump administration, and Republicans in Congress, try to strike a balance in their approach to border prosecutions.

Workers in Texas told the first lady on Thursday that the center deals primarily with unaccompanied minors, as opposed to those separated from their families at the border. One said that the average time for a child to be reunited to members of their families was between 42 and 45 days.

Facility officials said that there were 55 children at the facility, most within the 12-17 age range although they are licensed to care for children as young as 6. In cases where children don't have a home to go to, legal services will assess and they may be given refugee status.

Her office said in a statement Thursday: "Her goals are to thank law enforcement and social services providers for their hard work, lend support and hear more on how the administration can build upon the already existing efforts to reunite children with their families."

Trump signed the executive order on Wednesday saying that that parents and children should be held together, although the "zero tolerance" policy remains in place. Democrats have expressed concern that this could lead to the indefinite detention of families. They have also called on the Trump administration to make sure currently separated children are reunited with their parents as soon as possible.

Fox News' Meghan Walsh and The Associated Press contributed to this report.