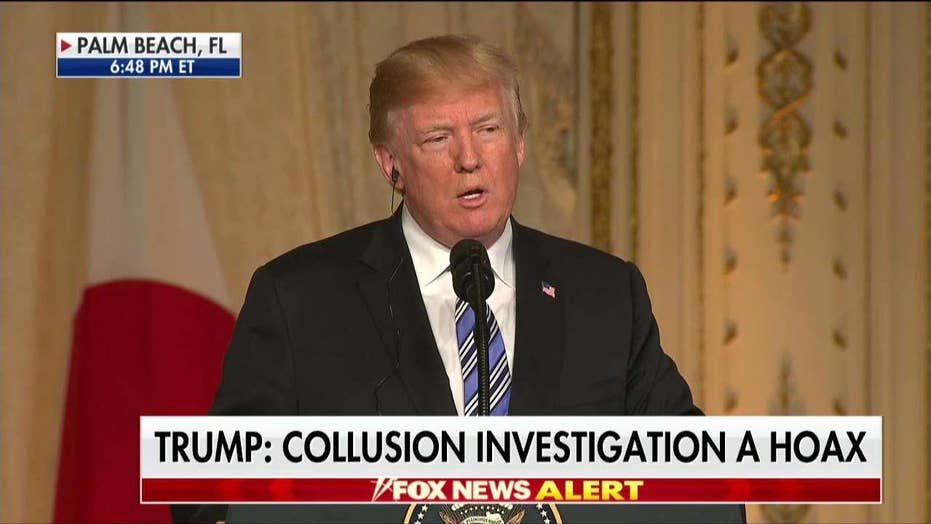 President Trump told reporters Wednesday evening that the U.S. would levy new sanctions against the Russian government "as soon as they very much deserve it."

Trump was responding to a shouted question as he posed for photos with Japanese Prime Minister Shinzo Abe following a joint news conference. The president then returned to the microphone to restate his claim that "there has been nobody tougher on Russia than President Donald Trump."

"We had a very, very severe ... fight in Syria recently [in February] between our troops and Russian troops and that’s very sad," the president said. "Many people died in that fight."

"With the media, no matter what I did, it’s never tough enough because that’s their narrative," Trump lamented. "But Russia will tell you there has been nobody tougher than Donald Trump." 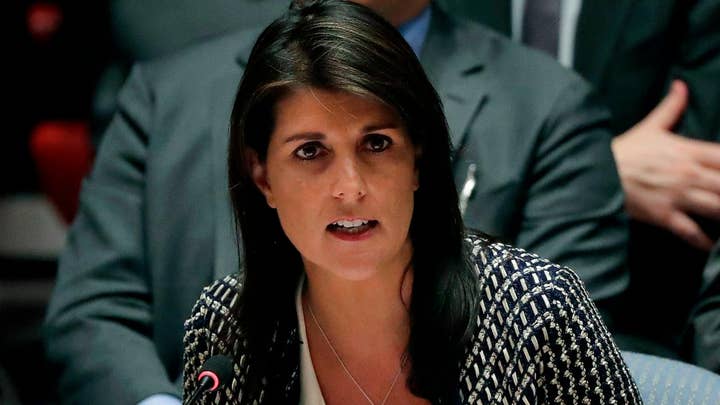 The president spoke one day after an intra-administration quarrel over sanctions erupted in public earlier this week.

Three senior administration officials told The Associated Press that the sanctions would have been announced Friday night, at the same time U.S., French, and British forces launched a missile strike on Syrian President Bashar Assad's chemical weapons facilities. But the sanctions were not ready in time for Trump's statement announcing military, so they were delayed.

The officials said a decision was then made to announce the sanctions as an answer to Russia's response to the strikes. But that plan was re-evaluated and then put on hold over the weekend as it became clear that Russia's response was less robust than anticipated. The officials were not authorized to discuss private administration deliberations publicly and spoke to the AP on condition of anonymity. 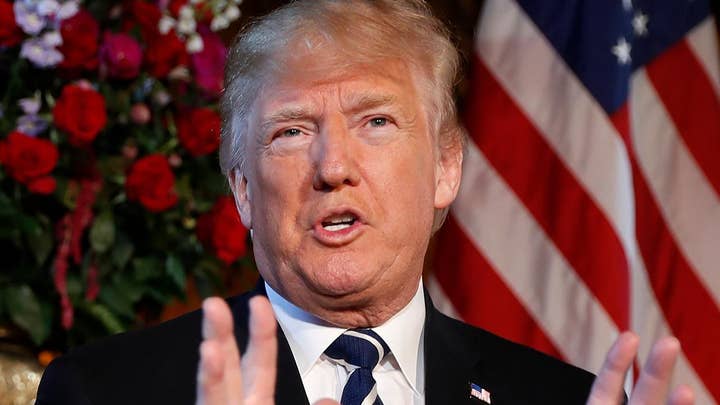 A National Security Council memorandum sent overnight Friday said the new sanctions would be announced soon, but it did not specify a date. Over the next 36 hours, officials began to delve deeper into the proposed sanctions and decided to hold off on anything imminent, but Haley was unaware, the officials said.

After she made her comments on Sunday, the White House informed the Russian embassy that there would not be more sanctions as of now, an administration source told Fox News.

On Monday, a new memo went out from the NSC saying that additional sanctions were under consideration, but no decision had been made. In the face of Haley's refusal to clarify on Sunday, draft language was sent to her suggesting again that she do so, the officials said.

Haley and her office ignored that, so the White House decided to push back, the officials added.

On Tuesday, National Economic Council Director Larry Kudlow told reporters that Haley "got ahead of the curve" when she said new sanctions were coming. Kudlow said additional sanctions were under consideration but have yet to be implemented. Of Haley, he said, "There might have been some momentary confusion about that."

Haley then issued a terse statement to Fox News: "With all due respect, I don't get confused."