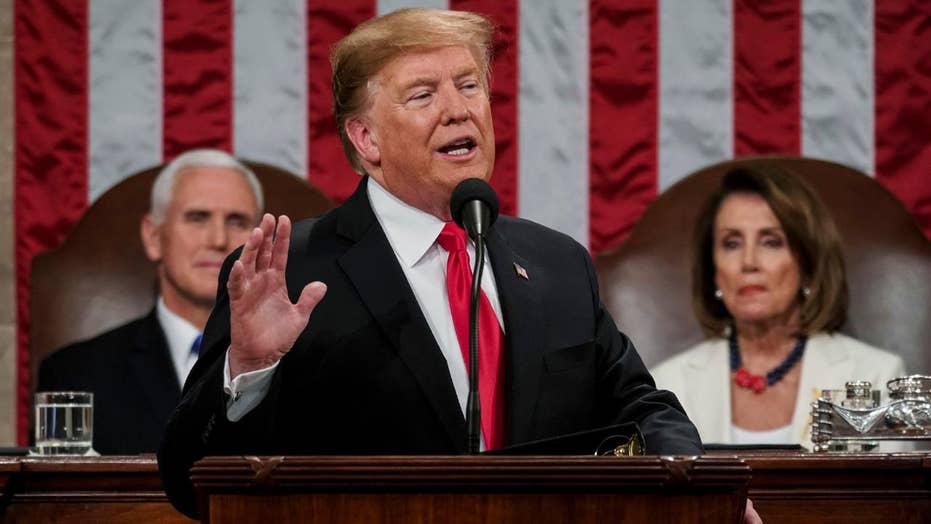 Trump: I am asking Congress to pass legislation to prohibit late-term abortion

In his State of the Union address on Tuesday night, President Trump received rapturous applause from Republicans for condemning recent liberal efforts in Virginia and New York to change abortion laws.

"There could be no greater contrast to the beautiful image of a mother holding her infant child than the chilling displays our nation saw in recent days," Trump said. "Lawmakers in New York cheered with delight upon the passage of legislation that would allow a baby to be ripped from the mother's womb moments from birth. These are living, feeling, beautiful babies who will never get the chance to share their love and dreams with the world. And then, we had the case of the Governor of Virginia where he stated he would execute a baby after birth. To defend the dignity of every person, I am asking Congress to pass legislation to prohibit the late-term abortion of children who can feel pain in the mother's womb. Let us work together to build a culture that cherishes innocent life.”

Virginia Gov. Ralph Northam, a doctor who came to politics late in life, defended Democrats' efforts to loosen restrictions on late-term abortions. He was caught up in another controversy just two days later a racist photo surfaced Friday on his medical school yearbook page. 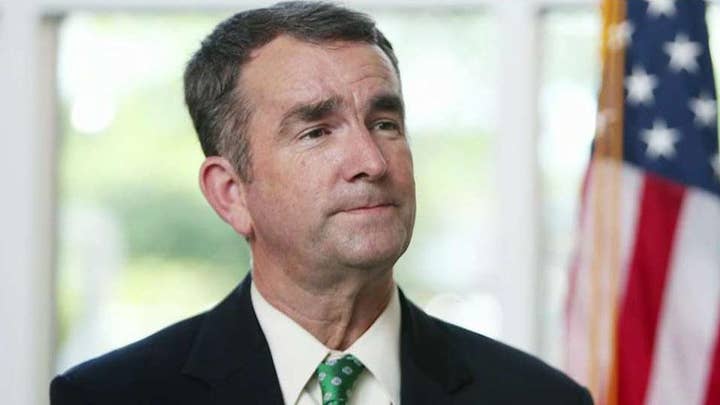 During a radio interview, he described a hypothetical situation where an infant who is severely deformed or unable to survive after birth would be resuscitated "if that's what the mother and the family desired, and then a discussion would ensue" between the doctor and mother. Democrats privately grumbled about Northam's comments, and Republicans accused him of supporting infanticide.

The 59-year-old Democrat served as an Army doctor treating the wounded in the first Gulf War, then ran a medical practice in Norfolk as a pediatric neurologist. He also volunteered as medical director of a children's hospice, caring for dying youngsters and their families.

Gov. Andrew Cuomo, a Democrat and Roman Catholic, who has said he is duty-bound to separate his religious views from his work as a state official, recently defended his support for the state's Reproductive Health Act, which he signed in January and mostly codifies abortion rights protected in Roe v. Wade and other federal abortion rulings.