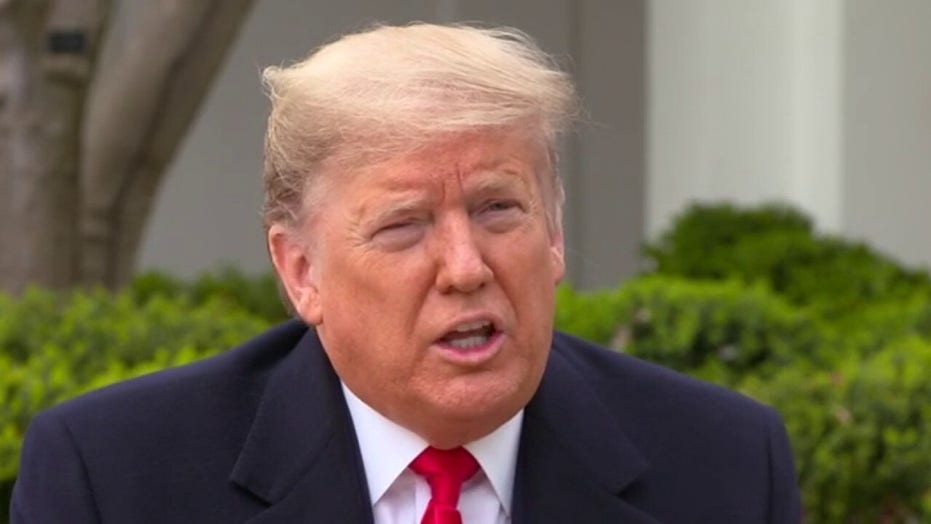 President Trump taunted Mitt Romney on Wednesday after the Utah senator tested negative for coronavirus, ostensibly cheering the news before going on to slam his record as a presidential candidate and member of Congress.

“This is really great news! I am so happy I can barely speak. He may have been a terrible presidential candidate and an even worse U.S. Senator, but he is a RINO, and I like him a lot!” Trump tweeted early Wednesday.

A “RINO,” as Trump called Romney, stands for “Republican In Name Only.”

Romney, R-Utah, went into self-quarantine after learning on Sunday that Sen. Rand Paul, R-Ky., with whom he had spent time over the weekend during negotiations over the Senate GOP’s proposed stimulus package, had tested positive.

Romney was tested for COVID-19 on Monday and received negative results late Tuesday, but said he would stay quarantined.

"Thankfully, I tested negative for COVID-19," Romney tweeted. "Nevertheless, guidance from my physician, consistent with CDC guidelines, requires me to remain in quarantine as the test does not rule out the onset of symptoms during the 14-day period."

Trump, during a press briefing on Sunday, first learned of Romney’s potential exposure.

When asked if there was sarcasm in his comment, he said: “No, none at all.”

Trump and Romney have long been at odds. Romney broke party ranks last month, voting in favor of finding Trump guilty of abuse of power in the Senate’s impeachment trial. Romney, though stuck with Republican senators in voting to acquit Trump on the second article of impeachment—obstruction of Congress.

Romney and Sen. Mike Lee, R-Utah, who also went into self-quarantine after interacting with Paul, have missed key procedural votes on a phase three stimulus bill. Those votes failed, but senators have since struck a deal and plan to call up the legislation in the near future.

Sens. Cory Gardner, R-Co., and Rick Scott, R-Fla., also missed the votes and are in self-quarantine after having interacted with other individuals who tested positive for COVID-19.

Paul is the only senator known to have tested positive at this time.

Meanwhile, Trump also took a swipe at Michael Avenatti, Stormy Daniels' former attorney, who requested he be released from prison amid the coronavirus outbreak. A judge on Tuesday rejected Avenatti's plea.

Avenatti, in 2019, briefly weighed a presidential run. He is currently doing time after being convicted of extortion.