President Trump made his first trip out of the Washington, D.C., area in more than a month on Tuesday -- traveling to a factory in Arizona making N95 respirator masks, where he touted the U.S.’s progress in battling the novel coronavirus and demonstrated his determination to see the country reopen amid the ongoing pandemic.

In his speech at a Honeywell factory in Phoenix, Trump praised the workers making the masks being used by health care workers across the country and promised that the country has “flattened the curve” in infections of the contagion.

“Thanks to the profound commitment of our citizens we’ve flattened the curve,” Trump said. “We’re reopening our country, and it's going to be something special.”

He added: “Something big is going to happen. Tremendous progress is being made.”

Trump’s short visit to Arizona was meant to project an image that the country was returning to normal operations even as some public health officials warn that the failure to flatten the curve and drive down the infection rate in places could lead to many more deaths — perhaps tens of thousands — as people are allowed to venture out and businesses reopen.

According to figures from Johns Hopkins University, new confirmed infections per day in the U.S. exceed 20,000, and deaths per day are well over 1,000. Associated Press analysis found that outside the New York metropolitan area – which has been hardest hit area of the country, but has seen the number of new infections recently decline -- the rate of new cases in the U.S. increased over the last five days from 6.2 per 100,000 people to 7.5.

Testing for the virus in the U.S. has been expanded, and that has probably contributed to the increasing rate of confirmed infections. But it doesn't explain the entire increase, said Dr. Zuo-Feng Zhang, a public health researcher at the University of California at Los Angeles.

On Monday, one widely cited model from the University of Washington nearly doubled its projection of deaths in the U.S. from the coronavirus to around 134,000 through early August, with a range of 95,000 to nearly 243,000.

Dr. Christopher Murray, director of the institute that created the projections, said the increase is largely because most states are expected to ease restrictions by next week.

“The rise in mobility in the last week to 10 days is likely leading to some transmission” of the virus, Murray said.

Asked about the projections before he left on the trip to visit a mask factory in Arizona, Trump disputed the accuracy of models in general and said keeping the economy closed carries deadly costs of its own, such as drug abuse and suicide.

“We have to get our country open,” Trump said.

Trump’s visit to Arizona was also a political move, as Arizona is viewed as a key swing state in the upcoming presidential election in November. Trump won the state in 2016 by fewer than 4 points, and a recent poll average of polls by RealClearPolitics has presumptive Democratic nominee Joe Biden carrying Arizona by more than 4 points. 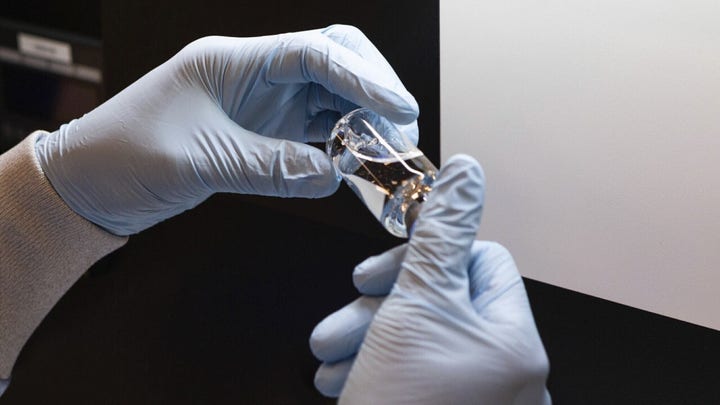 On stage at the Honeywell factory, Trump expressed the importance of Arizona to his political future and reminisced about his success there in 2016.

“I love Arizona,” he said. “I’ve had some good moments here, especially on Election Day.”