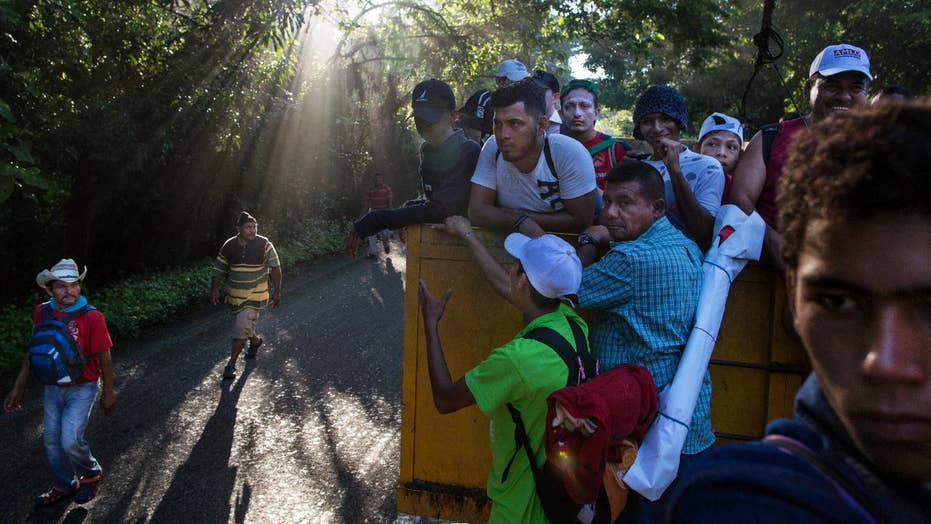 US to send additional troops to border over caravan

President Trump tweeted a stern warning Thursday to the migrant caravan heading toward the United States– telling the thousands of people currently making their way through Mexico to turn around as U.S. troops are set to move to the southern border.

“To those in the Caravan, turnaround, we are not letting people into the United States illegally,” the president tweeted. “Go back to your Country and if you want, apply for citizenship like millions of others are doing!”

Trump’s tweet comes only hours after a U.S. official confirmed to Fox News that hundreds of U.S. troops are set to make their way to the southern border to help Homeland Security and National Guard troops deal with the migrant caravan.

The official said that roughly 800 active duty soldiers will be sent to the area to offer “logistical support," including providing tents and vehicles, to the 2,100 National Guard troops on the southern border assisting Homeland Security.

It is unclear which units will be deployed to the border or why they are being deployed - since National Guard troops can perform the same functions - but Defense Secretary Jim Mattis could sign the deployment orders as early as Thursday. Federal law, however, prohibits the use of active duty service members for law enforcement inside the U.S. unless specifically authorized by Congress. 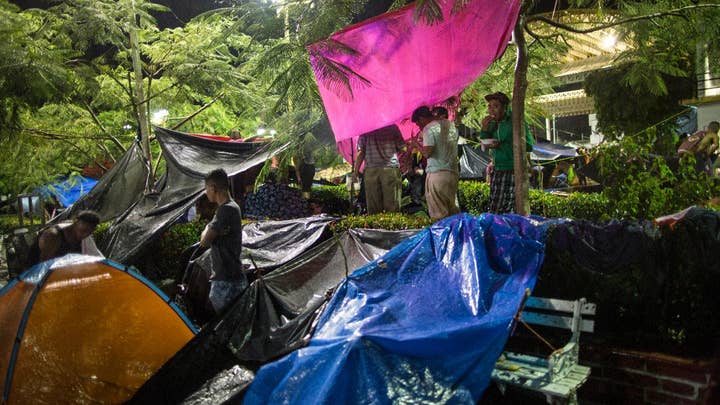 Trump tweeted earlier Thursday that "Democrat inspired laws make it tough for us to stop people at the border" and that he was using the military for what he called a "National Emergency." He vowed, "They will be stopped!" in apparent reference to the caravan, which was still about 1,000 miles from the U.S.-Mexico border and starting to dwindle. Previous migrant marches have largely dissipated before reaching the United States.

The sprawling caravan of migrants —once estimated by the United Nations to be more than 7,000 strong — is hoping to make it to the United States. Most are Hondurans, seeking to escape the poverty and violence that plagues the region.

The caravan swelled dramatically soon after crossing the Mexican border on Oct. 19, but sickness, fear and police harassment have whittled down its numbers. Since entering Mexico at its southernmost tip, the group has advanced roughly 95 miles. 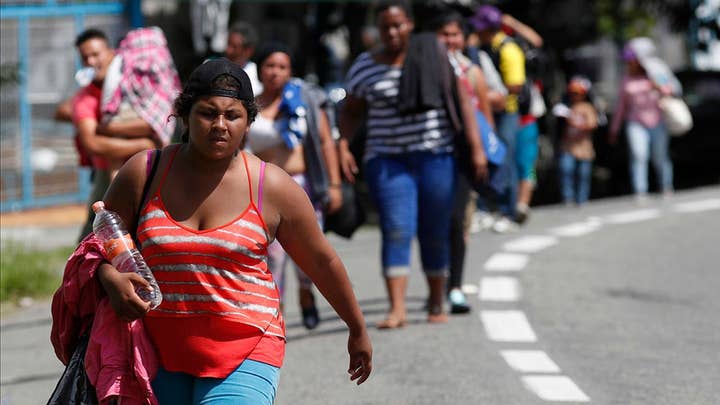 Some of the migrants told Fox News they fear getting attacked if they hop on a cargo train or getting deported if they take a bus.

“They are going to walk as long as they can,” said caravan member Brian Colindres, “or as far as they can.”