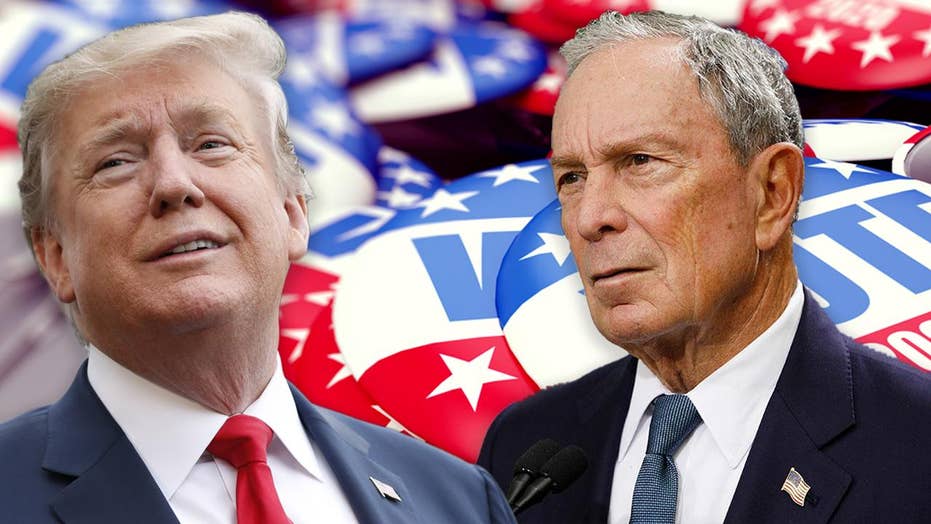 Will Bloomberg's 'billion-dollar' pledge be worth it?

"Mini Mike Bloomberg doesn’t get on the Democrat Debate Stage because he doesn’t want to - he is a terrible debater and speaker," Trump tweeted. "If he did, he would go down in the polls even more (if that is possible!)."

Bloomberg, who did not enter the primary race until late November, has mostly forsaken the early primary states of Iowa, New Hampshire, Nevada and South Carolina in favor of a strategy focused on Super Tuesday states.

And because of his wealth, Bloomberg has chosen not to accept donations to his campaign — even the items in his campaign's online shop are priced at cost so the campaign is not making money from the sales.

This lack of focus on both early states and fundraising has kept the New York billionaire looking to boot the other billionaire from New York from office on the debate sidelines. The Democratic Party's debate criteria place a premium on both donations and poll numbers in early states.

Bloomberg, however, has blanketed the airwaves with ads in delegate-heavy Super Tuesday states and hired over 1,000 staffers in 33 states. This money-fueled mobilization has allowed him to quickly increase his profile, reaching mid-to-high single digits in some scattered state polls, according to RealClearPolitics.

In all, Bloomberg has spent more than $200 million on his campaign in just over two months, according to the ad-tracking firm Advertising Analytics, and has said he is willing to spend $1 billion of his own money seeking the White House.

Bloomberg responded to Trump's comments Friday by clarifying that he cannot make the debates because he does not take contributions. He then ribbed Trump about his father's wealth, implying the president is not self-made, as Bloomberg portrays himself to be.

"I want to debate, but I don't qualify because I've never taken a penny in contributions from anyone," he wrote. "Not even a 'very small loan' of a million dollars."

Meanwhile, Bloomberg released an environmental plan Friday that would push for all new cars to be electric by 2035 and new buildings to produce zero carbon emissions by 2025. The latest details build off his December plan to cut the United States' carbon emissions by 50 percent by 2030.