Trump: We're rounding the turn on the coronavirus pandemic

During an exclusive interview on “Fox & Friends” on Tuesday, Trump insisted he is “winning” Nevada “easily, but the one thing you can't beat [is] if they cheat on the ballots.”

“Now he’ll [Sisolak] cheat on the ballots. I have no doubt about it,” Trump continued.

Trump made the comments as he was responding to criticism for holding an indoor rally in Nevada over the weekend amid the coronavirus pandemic.

Speaking to thousands of supporters crammed inside a warehouse in Henderson, Nev. on Sunday, Trump targeted Sisolak, a Democrat who had earlier blasted the president for hosting the rally in violation of a state mandate limiting gatherings to 50 people, the New York Post reported.

Host Ainsley Earhardt said on Tuesday that she was watching different media outlets the night before that were “critical” of the president for “ignoring the public health professional's warnings against the indoor gatherings during the pandemic.” She then asked Trump for his response.

Trump said that he had “a lot” of “outdoor sites” that he was hoping to hold the event in on Sunday, but “the governor of the state tried to make it impossible for us to have a rally.”

Trump also pointed out that the night before he was able to hold a rally in an airport hangar in Minden, Nev., which is about 50 miles south of Reno.

“We had this big open site and it was great,” Trump said on Tuesday.

Addressing the crowd in Minden on Saturday evening, Trump said Sisolak “is the guy we are entrusting with millions of ballots, unsolicited ballots, and we’re supposed to win these states.” He then asked, “Who the hell is going to trust him?”

Trump then suggested again that Democrats would rig the election through mail-in ballots. However, U.S. Postal Service and state election officials say mail-in voting is safe and secure. 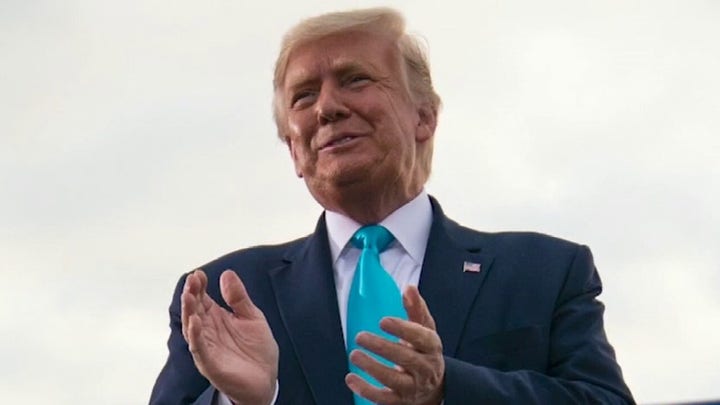 NEVADA MAIL-IN VOTING: WHAT TO KNOW

Nevada passed a bill earlier this year to become a universal mail-in election state, meaning that all active voters will be sent mail-in ballots without needing to request them. This was done on a party-line vote in the legislature and over the objection of Republican Secretary of State Barbara Cegavske.

One other notable provision in the Nevada law is that it will allow third parties to collect and hand in ballots on voters' behalf, a practice detractors call "ballot harvesting." Cegavske wrote a letter to Sisolak asking that he approve rules to regulate the practice under the law. He refused to grant Cegavske's request, saying it would be wrong to adopt the new rules "without public feedback."

On Tuesday, Trump said Sisolak, who he called a “political hack,” was “doing everything possible” to prevent him from holding rallies in Nevada over the weekend.

Trump then made the same point he made to his supporters in Minden on Saturday evening.

“Now this is the same guy that's going to be in charge of the ballots,” Trump said. “Do you think that's fair? Millions of ballots are going out. He's the governor of the state. Do you think it's a fair thing because I'm winning that state easily, but the one thing you can't beat [is] if they cheat on the ballots.”

Trump then said that since every “outdoor site” he tried to secure for Sunday’s rally was rejected by the state, “we had to go someplace” so “we ended up in a very big building, but I would have preferred being outside like we were the night before.”

He added that Sisolak “tried to prevent us from getting a site and he's the man that forced us inside.” 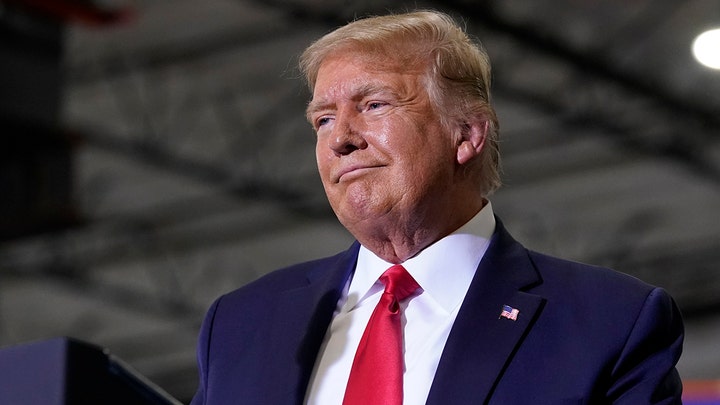 “This guy [Sisolak] would do anything and he's in charge of the ballots,” Trump continued.

Sisolak did not immediately respond to Fox News’ request for comment.