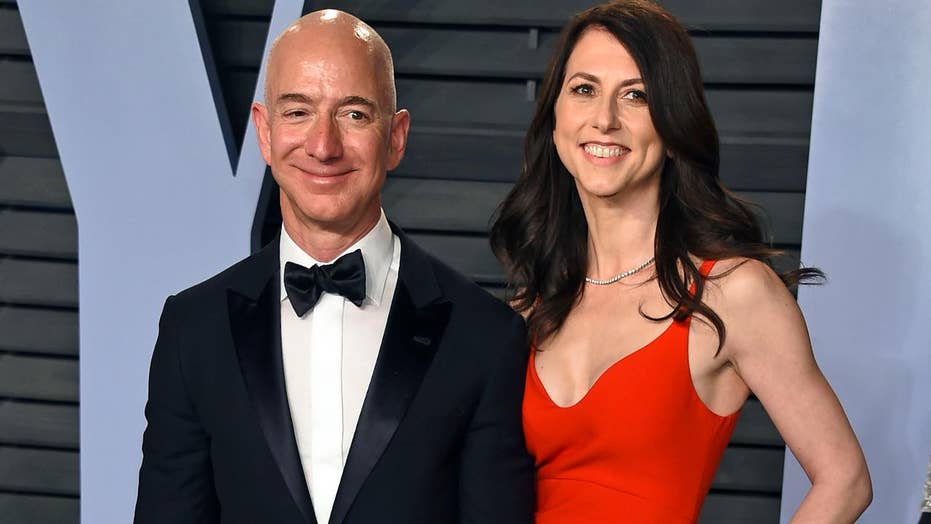 "So sorry to hear the news about Jeff Bozo being taken down by a competitor whose reporting, I understand, is far more accurate than the reporting in his lobbyist newspaper, the Amazon Washington Post," Trump tweeted. "Hopefully the paper will soon be placed in better & more responsible hands!"

Bezos, 55, announced his divorce from wife MacKenzie Bezos on Wednesday, and news of the billionaire's relationship with former television anchor Lauren Sanchez broke.

The Amazon CEO, worth a reported $136.4 billion, has reportedly been dating Sanchez, 49, for four months. The National Enquirer — a tabloid newspaper whose parent company had a practice of buying the rights to negative stories about Trump with no intention of publishing them — exposed the alleged relationship, and claimed to have followed the pair undercover for months.

Last month, federal prosecutors announced they had reached a “non-prosecution agreement” with American Media, Inc. (AMI), which publishes the Enquirer. As part of the agreement, AMI admitted it paid $150,000 to former Playboy model Karen McDougal for the rights to her story about having a sexual relationship with Trump "to suppress [McDougal's] story so as to prevent it from influencing the election.”

Trump was reportedly close pals with AMI CEO David Pecker, who had pushed Trump for years to run for president and used the Enquirer to promote Trump's campaign. But Pecker flipped on Trump to cooperate with the feds and avoid being charged with campaign-law violations. Federal prosecutors in New York granted Pecker immunity in August in exchange for information in the investigation into hush-money payments by Cohen.

A lawyer for Bezos told the tabloid that Bezos "supports journalistic efforts and does not intend to discourage reporting about him."

Trump is often critical of the Post and criticizes unfavorable coverage which he dubs "fake news." Bezos bought the Post as an individual in 2013 and Amazon.com Inc. was not involved.