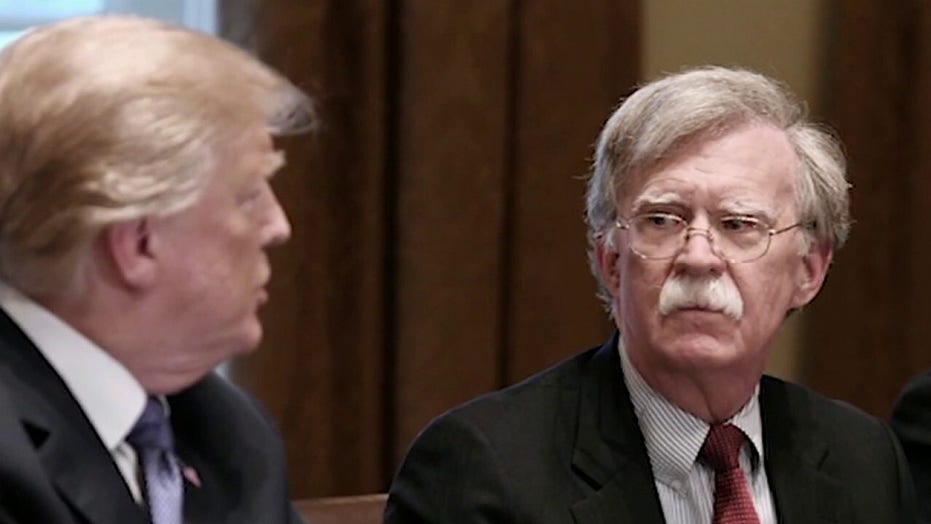 The DOJ seeks an emergency temporary restraining order over claims of classified information; John Roberts reports from the White House.

President Trump slammed John Bolton’s forthcoming memoir as “pure fiction” on Thursday and said his former national security adviser is “trying to get even” after he fired him from his post last year.

“Bolton’s book, which is getting terrible reviews, is a compilation of lies and made up stories, all intended to make me look bad,” Trump tweeted Thursday. “Many of the ridiculous statements he attributes to me were never made, pure fiction.”

He added: “Just trying to get even for firing him like the sick puppy he is!”

The president’s tweet came as excerpts from Bolton’s forthcoming memoir surfaced, revealing previously unreported claims about members of the Trump administration and the president himself.

Bolton also accused Trump, during an interview with ABC News, of being more focused on winning November’s election than American interests.

“I don’t think he’s fit for office. I don’t think he has the competency to carry out the job,” Bolton said. “There isn’t really any guiding principle that I was able to discern, other than what’s good for Donald Trump’s reelection.” 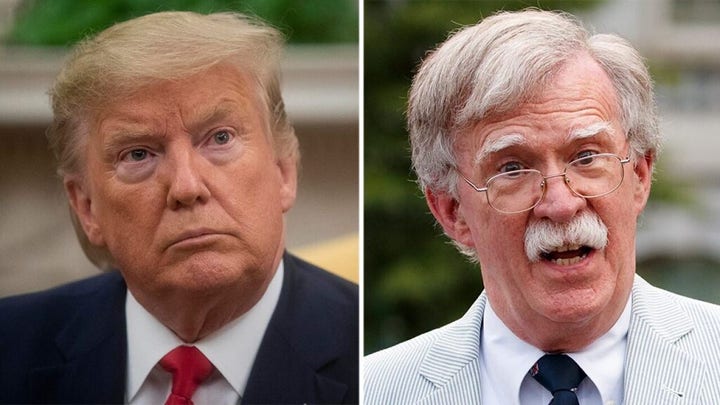 Bolton did not claim that Trump intentionally ignored or did not care about what was good for the country, just that personal matters distracted him from the bigger picture.

BOLTON SAYS TRUMP NOT 'FIT' TO BE PRESIDENT

“Well, I think he was so focused on the reelection that longer-term considerations fell by the waysides,” he said, citing a famous photo op with North Korean dictator Kim Jong Un in the Demilitarized Zone as an example.

“There was considerable emphasis on the photo opportunity and the press reaction to it, and little or no focus on what such meetings did for the bargaining position of the United States,” Bolton said.

The president, meanwhile, unloaded on Bolton in an exclusive interview with Fox News' "Hannity" on Wednesday night. And, in a series of tweets early Thursday, Trump called Bolton a "Wacko," a "dope," and a "disgruntled boring fool who only wanted to go to war."

Bolton served as national security adviser from April 2018 to September 2019 and was United Nations ambassador to the United Nations in the George W. Bush administration.

Fox News' Ronn Blitzer, Gregg Re and John Roberts contributed to this report.