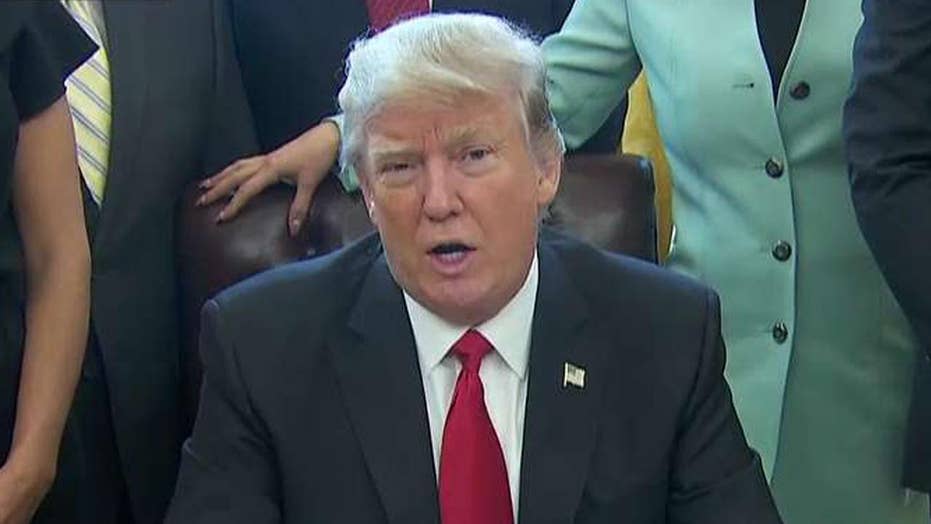 President Trump signed an executive order on Monday to drastically reduce the regulatory burden on U.S. businesses, requiring federal agencies to effectively eliminate at least two regulations for each new one issued.

“We have to knock out a regulation for every two, but it goes far beyond that. This is a big one,” said Trump, in signing the order that makes good on his "one in-two out" campaign promise.

Trump has signed more than a dozen executive orders in his first 11 days in office.

For fiscal 2017, Trump told agency heads that the total cost of new regulations finalized this year "shall be no greater than zero" unless otherwise directed.

“It is essential to manage the costs associated with the governmental imposition of private expenditures required to comply with federal regulations,” the document also states.

“We will begin efforts to reduce federal regulations. We’ll be reducing them big time,” Trump said in concluding a White House meeting with small business owners before signing the order.

The military, national security and foreign affairs are exempt from the order, which puts the Office of Management and Budget in charge of the changes.

Agencies must present OMB with new regulations and show what is slated for elimination. However, the order offers some flexibility:  allowing agencies to determine the cuts, maintaining White House input and giving the OMB director authority to make emergency exceptions.

An administration official told Fox News that a recently issued White House memo on temporary regulation freezes remains in place and that the executive order establishes the process going forward.