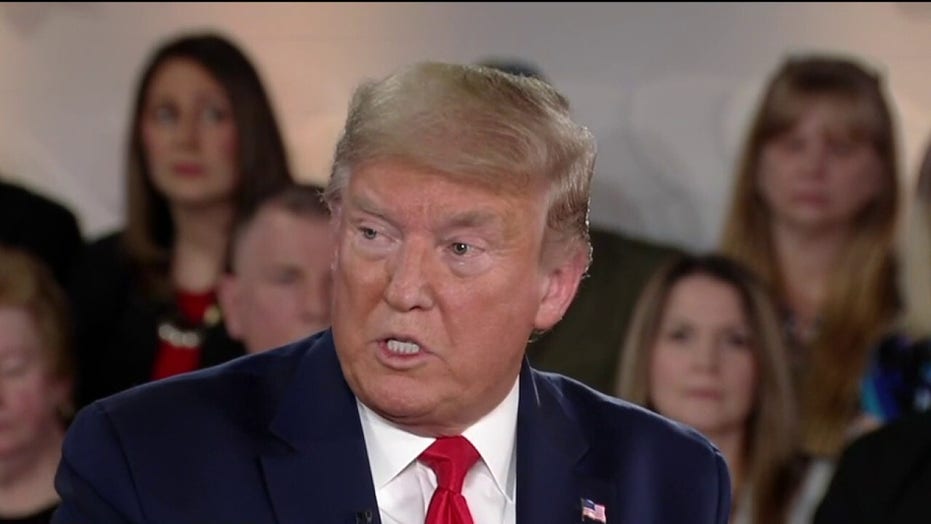 Trump: Schumer 'would be in jail' if he was a Republican

Trump: Schumer 'would be in jail' if he was a Republican

"Schumer -- that was a physical thing in my opinion," he said. "He tried to say 'this has to do with the election' -- that had nothing to do with the election. The way he said we are going to hit back like you've never seen before? That was real intimidation," Trump told Fox News' Bret Baier and Martha MacCallum at a Fox News Town Hall in Scranton, Pa. 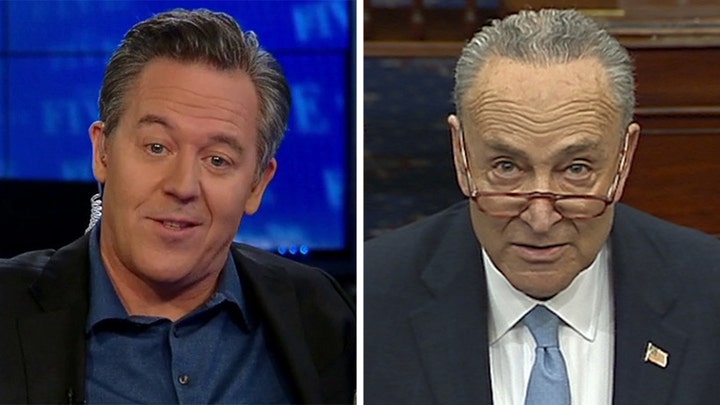 "The best you can say is [Schumer is] trying to intimidate so that the justices [rule] their way. That is no good either but that was a physical [threat]," he continued.

"If a Republican did what Schumer did, they would be in jail right now," Trump remarked, to applause from the crowd.

During the exchange, MacCallum asked Trump if he felt differently about Schumer's remarks, given the fact he has criticized liberal justices Ruth Bader Ginsburg and Sonia Sotomayor.

The president said Ginsburg criticized him before a 2016 presidential debate and that it was, therefore, legitimate for him to push back. Trump added that Schumer had verbally threatened the conservative justices, while he was simply responding to Ginsberg and Sotomayor with legitimate critiques.

"If they say something to me I'm not allowed to say back?" Trump asked. "You had another justice say something that was somewhat derogatory and all I did was respond. I didn't respond like Schumer."

Trump also criticized former Vice President Joe Biden, in whose hometown the town hall was being held, for questionable statements on the campaign trail, including gaffes in which he claimed he was running for U.S. Senate, and that people who didn't want to support him should vote for "the other Biden."

"I think Biden has been damaged [politically]," Trump said.