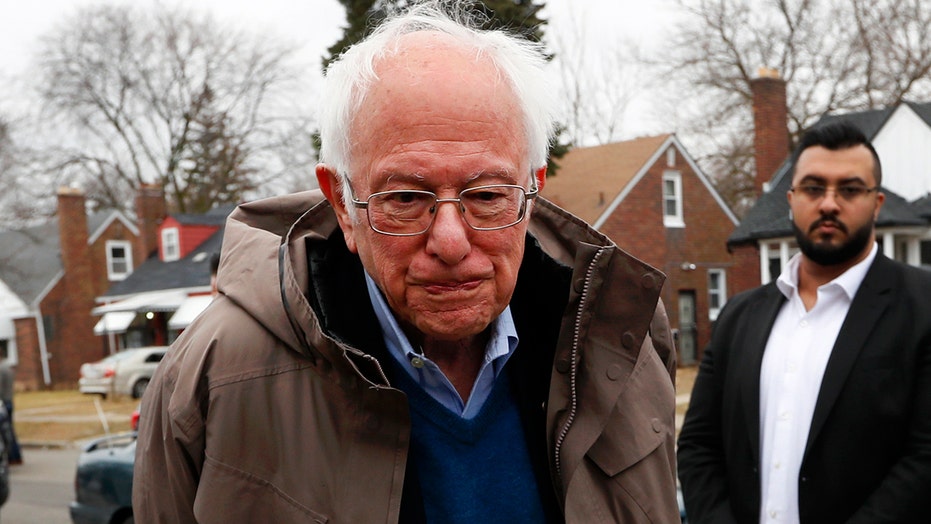 Sen. Bernie Sanders would be well on his way to the Democratic nomination if the Democrat Party didn't work with Sen. Elizabeth Warren to hamstring his campaign by staying in the race until after Super Tuesday, President Trump said in a tweet early Wednesday.

Trump referred to Warren as "Pocahontas," and wrote that she worked "in conjunction with the Democrat Party" and totally destroyed Sanders' campaign.

"If she would have just quit 3 days earlier, Sanders would have beaten Biden in a route, it wouldn’t even have been close," the tweet read. "They also got two other losers to support Sleepy Joe!"

Trump was likely referring to Andrew Yang and Sen. Kamala Harris, D-Calif., who both made recent endorsements.

The president has been vocal with his criticism of the Democrat Party and its handling of the Sanders campaign. Some political insiders say Trump's tweets could be an effective tool to keep loyal Sanders supporters home in November.

Biden supporters see his momentum as the result of a seasoned politician who is hitting his stride after major wins on Super Tuesday. These supporters see Trump's tweets ostensibly in support of Sanders as evidence that Biden is not the his preferred candidate to face in the general election.

“It has never mattered who the Democrat nominee turns out to be, and now that there are only two options left, it is clear that they are two sides of the same coin,” Parscale said in a statement. “The Democrat candidate for president will be running on a big government socialist agenda regardless of the name on the ballot.”