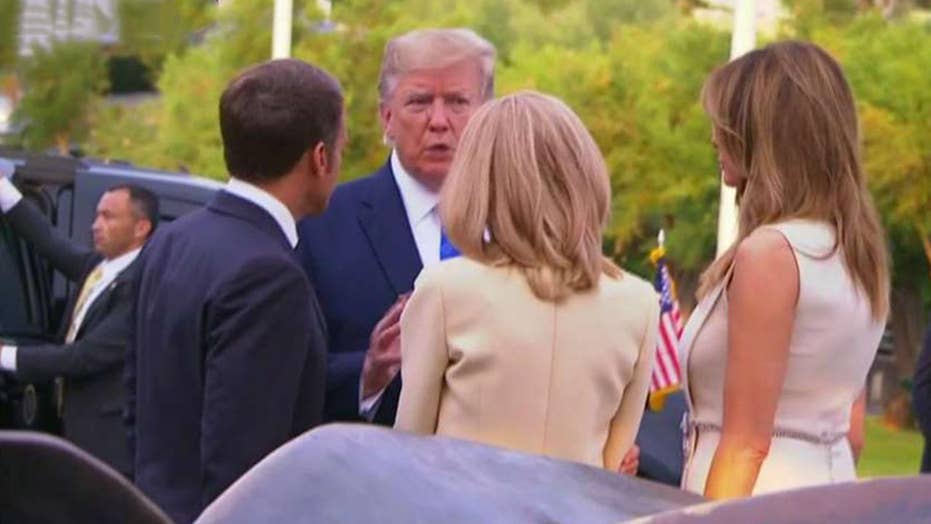 The gathering of world leaders plan to discuss a variety of topics, ranging from the global economy to climate change.

The U.S. and Britain will work out a “very big trade deal” once the U.K. has left the European Union, President Trump said Sunday morning in France, where Trump and other leaders have gathered for the G-7 summit.

The president also praised new British Prime Minister Boris Johnson on Brexit during their working breakfast on the second day of the summit.

"He needs no advice. He's the right man for the job,” Trump said.

The president appeared to slight former Prime Minister Theresa May – who he had frequently criticized – by adding that Johnson is “a new person.”

TRUMP TALKS UP ‘SPECIAL RELATIONSHIP’ WITH MACRON, HOURS AFTER THREAT TO SLAP TARIFFS ON FRENCH WINE

Johnson, meanwhile, congratulated Trump on his handling of the U.S. economy, but added, “just to register a faint, sheeplike note of our view on the trade war, we're in favor of trade peace on the whole."

Johnson had told British reporters before the meeting that he would ask Trump not to escalate the U.S. trade hostilities with China.

Sunday's meeting was their first since Johnson succeeded May as prime minister in July.

Earlier Sunday, Trump told reporters "we're getting along well right now with China,” despite a new round of tariffs on Chinese goods Friday and saying that U.S. businesses are “hereby ordered” to leave China.

In retaliation, China has promised to impose new tariffs on $75 billion in U.S. goods.