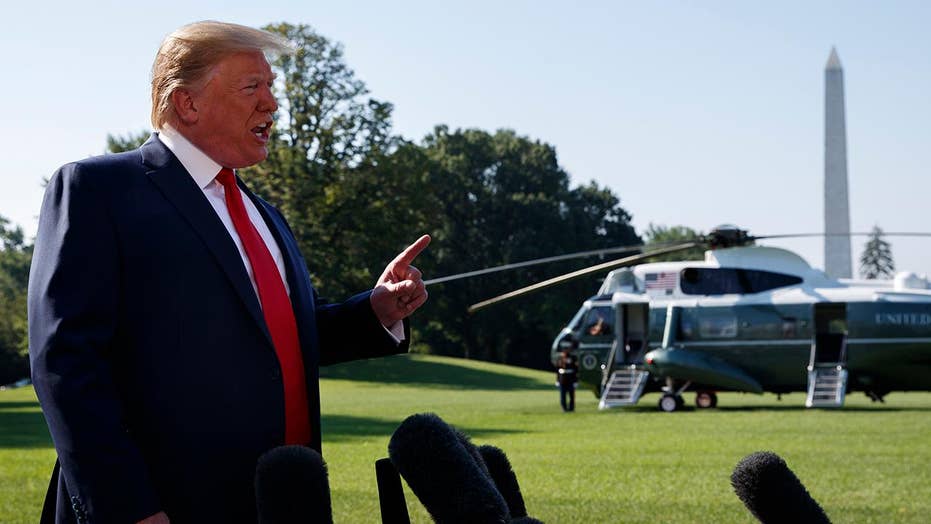 President Trump calls on The Washington Post to apologize after reporters inform him of a new op-ed calling the Senate majority leader a 'Russian asset.'

President Trump said Tuesday he thinks “Sleepy Joe” Biden will be the 2020 Democratic presidential nominee, just hours ahead of the second round of Democratic primary debates.

“I think right now, I am watching, I think right now it will be Sleepy Joe, I think,” Trump said from the White House lawn on Tuesday. “I feel he’ll cross the line, so, what I think doesn’t mean anything, but I know the other people, I know him.”

He added: “I think he’s off his game by a lot, but I think personally it’s gonna be Sleepy Joe.”

Trump’s comments came as former Vice President Biden is enjoying an apparent rebound in the latest polls. Biden took a hit in the polls after the first round of debates in Miami, Fla. last month.

Trump has been hurling insults at Biden for months, calling him “weak mentally” and repeatedly saying he hopes he will be the nominee.

Last month, Trump called Biden a “loser” and a “dummy.”

But Biden hasn’t held back. He’s blasted the president as an “existential threat to America.”

“This is a guy who does everything to separate and frighten people,” Biden said in a speech last month.