President Donald Trump tweeted late Tuesday against the United States rejoining the Trans-Pacific Partnership after recently asking trade officials to reexamine the deal he pulled out of during his first days in office.

The tweet comes as Trump is meeting with Japanese Prime Minister Shinzo Abe in Mar-a-Lago, where the two are expected to talk about trade issues. Abe was a strong advocate of the TPP, which was backed by the Obama administration.

“While Japan and South Korea would like us to go back into TPP, I don’t like the deal for the United States,” Trump tweeted. “Too many contingencies and no way to get out if it doesn’t work. Bilateral deals are far more efficient, profitable and better for OUR workers. Look how bad WTO is to U.S.” 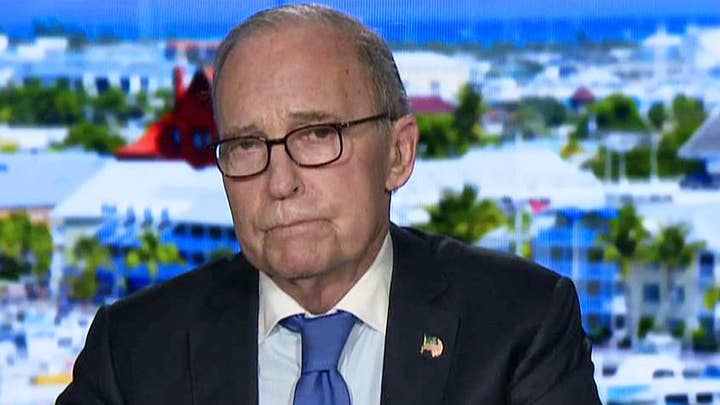 The World Trade Organization is composed of 164 countries and deals with global rules of trade between nations.

Trump did not specifically say the U.S. was not interested in the deal. The president is scheduled to play golf with Abe on Wednesday.

"On the American side at the moment, it’s more of a thought than a policy,” Kudlow said, according to the Hill. He went on that “it has to be in U.S. interest for us to take another look and actually go into it. The president believes it is not presently in U.S. interest to sign it.”

Trump’s request to take another look at the TPP comes as he faces pressure from farm-state Republicans anxious that his protectionist trade policies could spiral into a trade war with China that would hurt rural America.

Trump spent the 2016 presidential campaign ripping into the multi-national pact, saying he could get a better deal for U.S. businesses by negotiating one-on-one with countries in the Pacific Rim. Now, faced with political consequences of the action, Trump appears to be reconsidering.

“Last year, the president kept his promise to end the TPP deal negotiated by the Obama Administration because it was unfair to American workers and farmers,” the White House said in a statement.

Trump first disclosed his request last week to a group of lawmakers at a White House meeting on trade. Lawmakers have been pressing Trump to shift course after escalating trade threats, including China’s plan to slap tariffs on soybeans and other U.S. crops.

“I’m sure there are lots of particulars that they’d want to negotiate, but the president multiple times reaffirmed in general to all of us and looked right at Larry Kudlow and said, ‘Larry, go get it done,’” said U.S. Sen. Ben Sasse, R-Neb.