'Outnumbered': Why are we giving taxpayer money to illegal immigrants?

The Trump administration on Monday announced a rule that would limit asylum seekers’ ability to obtain employment authorization, as part of an effort to discourage people from entering the country illegally and filing "frivolous" asylum claims.

The rule, to be published by U.S. Citizenship and Immigration Services (USCIS), originated in an April presidential proclamation that announced additional border security measures, including quickly returning illegal immigrants and asylum seekers to their home countries.

While it does not alter asylum eligibility criteria, it lengthens the time asylum seekers must wait until applying for employment authorization from 150 days to a year, and bars altogether those who crossed into the country illegally.

It also bars those who have failed to file for asylum within one year of their entry into the U.S. until their eligibility is judged by an immigration judge or USCIS, and will terminate authorization when a denial of asylum is made final. 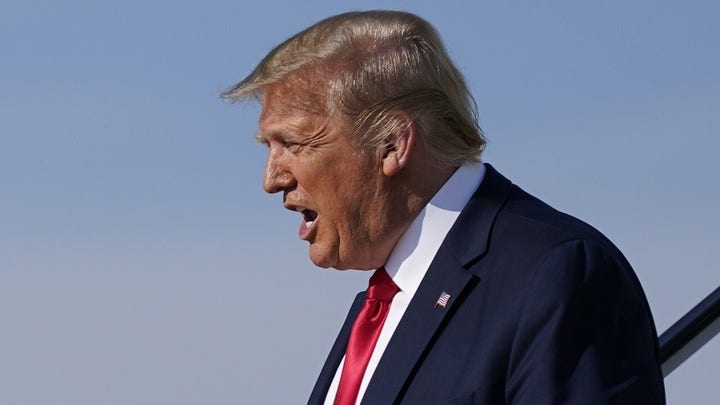 Officials say it restores integrity to the asylum system and deters frivolous applications.

“For too long, frivolous & fraudulent asylum claims have been used by illegal aliens to obtain work authorization,” Homeland Security Secretary Chad Wolf said in a statement. “This abuse of the system is unfair to legitimate asylum seekers, diminishes job opportunities for Americans, & disrespects the rule of law.”

The rule, which will go into effect on Aug. 25, comes ahead of  President Trump’s visit to the wall at the southern border -- which has formed a key part of his push to control illegal immigration.

He will be going in order to mark that more than 200 miles of new or replacement wall have been constructed.

The rule was announced the same day as Trump signed an executive order expanding immigration restrictions to include a range of guest worker programs, in order to prioritize Americans getting jobs once the economy emerges from the coronavirus pandemic.