President Trump on Monday signed an executive order that significantly expands current immigration restrictions to include a number of guest-worker programs, including the H-1B visa -- an order the administration says will put Americans first for jobs as the economy emerges from coronavirus lockdowns.

Trump previously signed an order in April that restricted some green cards but held off from restricting guest-worker programs. While other travel restrictions at the time were meant to curb coronavirus risk, the stated purpose of the immigration order was to help Americans in the job market after the pandemic put millions out of work.

The new order extends the measure and goes further by pausing new H-1B tech worker visas, H-2B seasonal worker visas, certain J work and education exchange visitor visas and L executive transfer visas. It will be in effect until the end of the year and will not affect those who already have a visa, Fox News is told.

It will include a number of exemptions, including for health care workers directly related to COVID-19 and for cases that are deemed to be in the national interest. Other exemptions include some that were in the original green card order, including for members of the U.S. military. The order also does not affect the H-2A agricultural guest-worker program.

The order may not have a noticeable effect immediately as routine visa services have been suspended because of the coronavirus pandemic. But the administration estimates that the order will affect around 600,000 jobs before Dec. 31.

“There are an unprecedented number of Americans who are out of work, but we are also expecting to see an unprecedented growth in our economy,” a senior administration official told Fox News on Monday. “In order to ensure that we are hiring Americans first, we are putting a pause on certain non-immigrant visas into the United States, again for the purpose of ensuring that Americans can get jobs here in the U.S.”

"This proclamation undermines America’s greatest economic asset: its diversity. People from all over the world come here to join our labor force, pay taxes, and contribute to our global competitiveness on the world stage,” Twitter said in a tweet.

Democrats and immigration activists are likely to oppose the order, having opposed the April order as anti-immigrant.

Leon Fresco, a former Obama administration official who now represents H-1B workers, told NPR that it was “counterproductive” and akin to “using a nuclear bomb to address a bar fight.”

Meanwhile, business groups have pushed hard against a ban they see as too restrictive and one that could hurt the economic recovery. 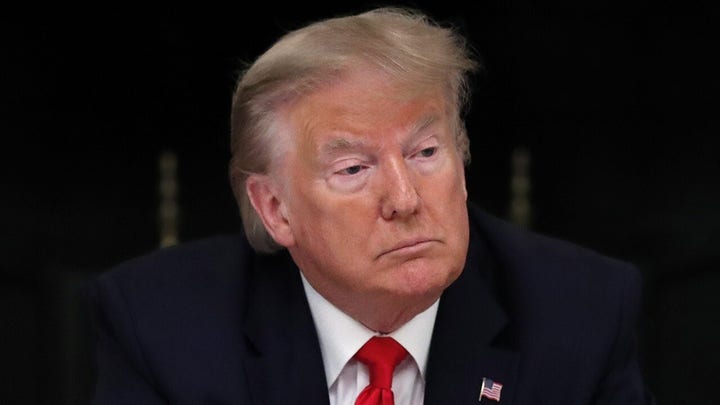 “As the economy rebounds, American businesses will need assurances that they can meet all their workforce needs. To that end, it is crucial that they have access to talent both domestically and from around the world,” U.S. Chamber of Commerce CEO Thomas Donohue wrote in a letter to Trump this month.

Trump, speaking to Fox News' John Roberts on Saturday, acknowledged that some exemptions were needed to help businesses.

"You need them for big businesses where they have certain people that have been coming in for a long time, but very little exclusion and they're pretty tight," he said. "And we may even go very tight for a period of time."

But, while the order does contain a number of exemptions, the argument that such restrictions will hurt the recovery is one the administration rejects.

“That's a tired, retired talking point that one could arguably debate in a pre-COVID world, but post-COVID where there are a lot of Americans looking to get back, looking to rebound, there are plenty of job opportunities there and companies should look there first,” the senior administration official said.

“No one brings sand to the beach, there are a lot of good Americans workers so why are you bringing in foreign workers that, at this moment in time, aren’t necessary,” the official argued.

The order was immediately welcomed by immigration hawks, who had urged Trump to expand the restrictions and who had been disappointed by the narrower scope of the initial order in April.

“President Trump’s decision to suspend new guest worker visas is a strong show of support for American workers," Rep. Lance Gooden, R-Texas, who wrote to Trump urging him to extend the order to guest worker programs, said in a statement. "Approximately forty-five million individuals have filed for unemployment since mid-March. We need to stop importing the competition of American workers as state economies continue reopening and people are looking for jobs."

"We were in need of bold action and President Trump has delivered in a big way. I look forward to working with the Trump Administration in its second term to permanently reform these broken programs,” he said.

“President Trump has repeatedly promised that he would put American workers first, and to his credit, he did just that,” Federation for American Immigration Reform (FAIR) President Dan Stein said in a statement. “For the most part, the president withstood intense pressure from powerful business interests that continue to demand more cheap foreign labor, even as they have laid-off an unprecedented number of American workers over the past three months.”

"We fully expect that the agencies charged with carrying out this Proclamation in furtherance of the president’s intent to aid struggling American workers will resist pressure from corporate lobbyists to abuse their discretionary authority," he said, a nod to concerns that exemptions could be broadened by interpretation.

The move is the latest immigration-related step by the president in response to the coronavirus crisis. He has placed travel bans on China, Iran, Brazil, the E.U., and the United Kingdom. Returns of illegal immigrants and asylum-seekers at the southern border have been sped up, and administration officials say that construction of the wall at the border has accelerated since the pandemic.

As the election season moves forward, it is also a move that is likely to motivate Trump’s base who have urged him to stick to his promise of putting “America First.” But it is also likely to re-stoke criticism from Democrats that Trump is running on an anti-immigrant agenda.

The senior administration official told Fox that the administration not only believes it will help Americans get back to work, but also help them to get better jobs than they had previously.

“We really do see this not just as an opportunity to put Americans first, and make sure that they are first in line for jobs, but really as an opportunity for Americans looking for work to upskill, to be able to get a better job than they had previously,” the official said.

The official added: “We really do think this is going to be a pretty big game-changer for us.”