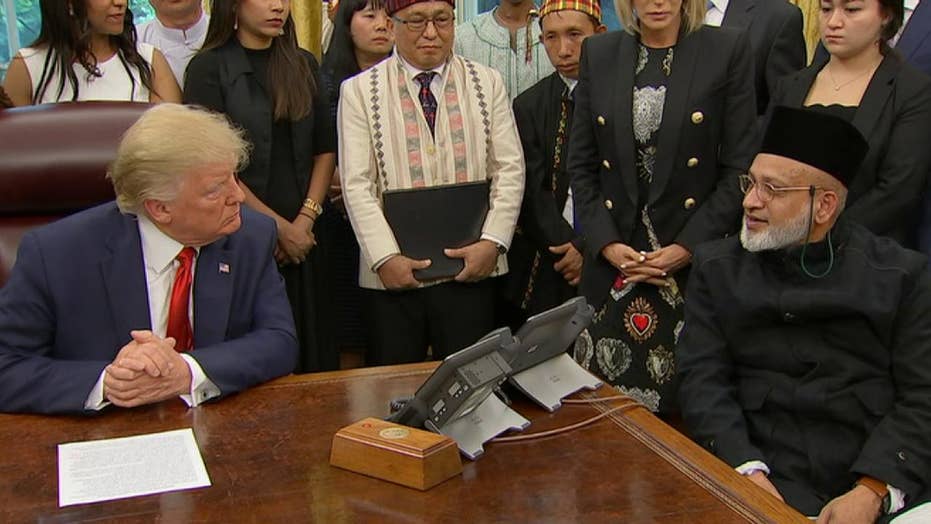 President Trump hears the stories of people persecuted for their religion

The president holds meeting with victims of religious persecution at the White House.

President Trump met with dozens of victims of religious persecution at the White House on Wednesday as part of an ongoing effort by the administration to push for religious freedom abroad.

Twenty-seven people, including Christians from Burma, Vietnam, North Korea, Iran, Turkey, Cuba, Eritrea, Nigeria, and Sudan, Muslims from Afghanistan, Sudan, Pakistan and New Zealand, Jewish persecution victims from Yemen and Germany, a practitioner of Cao Dai from Vietnam and a Yazidi from Iraq all joined the president in the Oval Office as part of a four-day conference, called the Ministerial to Advance Religious Freedom.

Four of the participants were from China, and one, a Uighur Muslim victim, claimed the government has locked devotees in concentration camps. 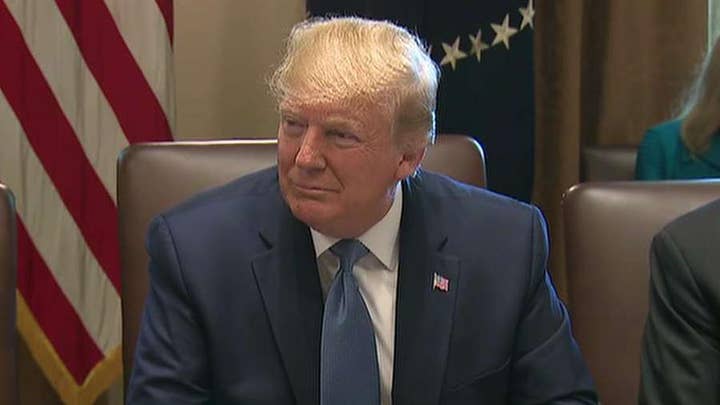 U.N. Human Rights Council experts estimated at least 1 million Uighurs have been held in detention centers within China, and at least two dozen countries have urged China to cease the religious persecution of the group that has over 11 million worshippers in the country, as Reuters reported.

The U.S., which already has a tenuous relationship with China over accusations of intellectual property theft, has touted the idea of sanctioning Chen Quanguo, the Communist Party chief of Xinjiang, along with other Chinese officials over the persecution of the Uighurs.

Secretary of State Mike Pompeo and Vice President Mike Pence are expected to address efforts to advance international religious freedom, a top foreign policy agenda for Trump, at the final event of the conference on Thursday.