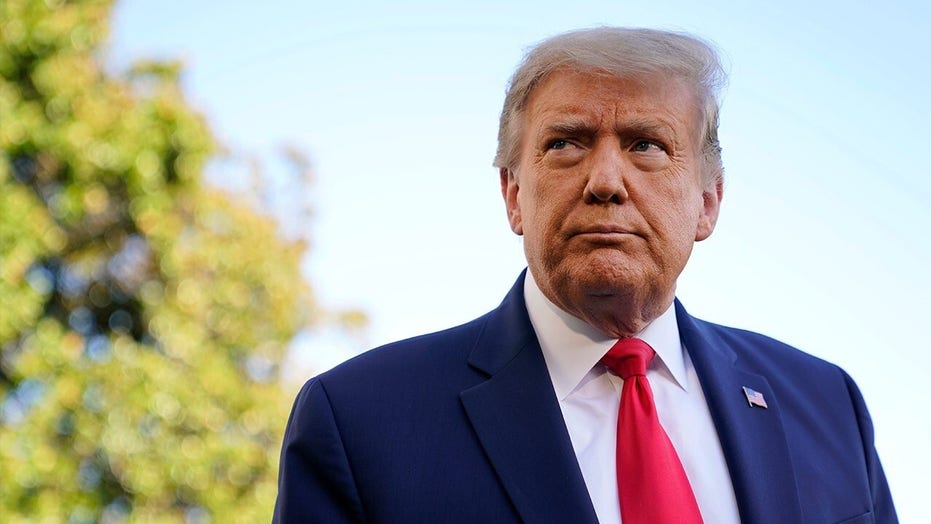 Trump: Supreme Court nominee will ‘most likely’ be a woman

President Trump says he thinks his Supreme Court nominee choice will be coming next week.

If the crowd at President Trump’s Saturday rally in North Carolina was any indicator, the president's supporters have already decided what he should do about the vacancy on the U.S. Supreme Court.

“Fill that seat!” the crowd chanted as the president spoke at Fayetteville Regional Airport about who he might nominate to succeed the late Justice Ruth Bader Ginsburg on the nation's highest court. Ginsburg died Friday at age 87 after a battle with pancreatic cancer.

"It will be a woman -- a very talented, very brilliant woman," Trump told the crowd of his potential choice. "I think it should be a woman. I actually like women much more than I like men.”

TRUMP SAYS SUPREME COURT PICK WILL 'MOST LIKELY' BE A WOMAN, ANNOUNCEMENT COULD COME 'NEXT WEEK'

Ginsburg’s death has set up a fierce battle between Republicans and Democrats, with Senate Majority Leader Mitch McConnell stating the Senate will vote on an appointee named by Trump, even if the president names his pick before the Nov. 3 election, and Democrats saying a vacancy opening so close to the election should be filled by the winner -- whether Trump or Democratic nominee Joe Biden.

McConnell has faced criticism for taking the opposite stance just four years ago, after Justice Antonin Scalia died in February 2016. Back then, McConnell chose instead to deny former President Barack Obama a Senate confirmation hearing on his high-court choice, Merrick Garland, with the 2016 election between Trump and Hillary Clinton just months away.

As a result, Obama's choice was never confirmed and Trump appointed Neil Gorsuch to the Supreme Court soon after taking office in 2017.

In Fayetteville on Saturday, Trump defended his constitutional right as president to put forth a nominee.

"It says the president, we're supposed to fill the seat. That's what we're going to do,” Trump told the crowd.

He later told reporters his announcement could come as early as this week.

The election is just over 40 days away -- a difficult timeline to appoint and confirm a justice to the country's highest court -- but the Senate could still confirm a nominee in the so-called "lame-duck" period between Nov. 3 and Inauguration Day on Jan. 20 if Trump loses.