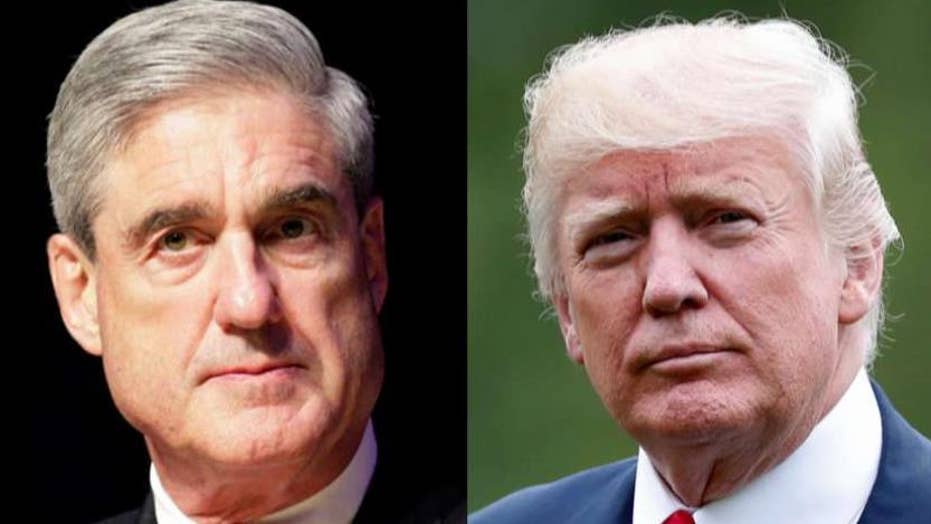 President Trump, in between battling subpoenas and other demands from congressional committees as they ramp up their probes into his administration, on Monday urged top-ranking Democrats to shift their focus to “Crooked Hillary” and the genesis of the “phony” Russia investigation.

“Why are the Democrats not looking into all of the crimes committed by Crooked Hillary and the phony Russia Investigation? They would get back their credibility. Jerry Nadler, Schiff, would have a whole new future open to them. Perhaps they could even run for President!” Trump tweeted Monday morning.

The president’s tweets come as Attorney General Bill Barr already has assigned U.S. Attorney from Connecticut John Durham to lead an investigation into the origins of the Russia investigation. Durham is tasked with looking into “all intelligence collection activities” related to the Trump campaign during the 2016 presidential election and any misconduct during the early stages of the FBI’s original Russia probe.

Durham is expected to focus on the period before Nov. 7, 2016—including the use of FBI informants as well as alleged improper issuance of Foreign Intelligence Surveillance Act (FISA) warrants.

Barr has also directed Durham to specifically review the time period between Election Day and Inauguration Day, telling Fox News last week that “some very strange developments” took place during that time. Barr was referring to the early January 2017 briefing intelligence officials gave then-president-elect Trump at Trump Tower and “the leaking of information subsequent to that meeting.”

During that meeting, Trump was briefed by intelligence and law enforcement officials on Russian election meddling—and was also informed by former FBI Director James Comey about the now-infamous anti-Trump dossier which included salacious allegations against him. Details later leaked to the press.

“That’s one of the things…we need to look at,” Barr said last week in an exclusive interview with Fox News' Bill Hemmer.

AG BARR DETAILS HIS HUNT FOR THE TRUTH ON WHAT REALLY WENT ON WITH RUSSIA PROBE: LISTEN TO FULL INTERVIEW

Special Counsel Robert Mueller’s report found no evidence of collusion between members of the Trump campaign and Russia during 2016. He also led an inquiry into whether the president obstructed justice, but did not reach a conclusion. Barr determined the evidence found in that investigation was not sufficient to charge the president with an obstruction of justice offense.

Democrats, like Nadler, D-N.Y., and Schiff, D-Calif., are probing that evidence, among other areas, in their Trump-focused investigations. Nadler’s committee is also battling the administration for access to Mueller’s full and unredacted report.

Earlier this month, Nadler’s committee voted to hold Barr in contempt of Congress, after the attorney general failed to turn over the unredacted Mueller report and underlying evidence and materials. Simultaneously, the president asserted executive privilege over the files in a bid to protect them from release.

It is unclear if and when the full House will vote on the contempt measure.

Meanwhile, Schiff on Sunday said that congressional Democrats could move ahead with impeachment proceedings against Trump.

“If we conclude that there is no other way to do our jobs, then we may get there," Schiff said on CBS News' "Face the Nation" Sunday.