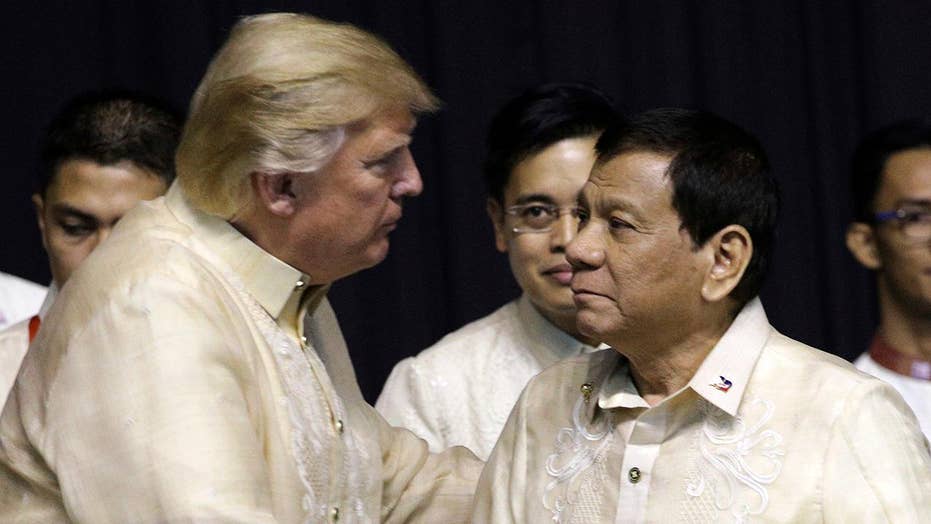 When President Donald Trump met with his counterparts from Australia and Japan on Monday in Manila, two other countries were on the leaders' minds -- China and North Korea.

The meeting among the U.S. president, Australian Prime Minister Malcolm Turnbull and Japanese Prime Minister Shinzo Abe signaled their growing concerns about China's power in the Indo-Pacific region -- and the potential threat that North Korea poses to its neighbors.

Trump and Turnbull have used the five-day ASEAN (Association of Southeast Asian Nations) summit in the Philippines to rally other countries to impose tougher sanctions against the rogue North Korean regime. Monday’s meeting was supposed to be bilateral, but it was altered at the last minute to include the Japanese leader.

“We’ve got the same values and the same focus,” Turnbull said about the meeting with Trump and Abe, adding that the North Korean missile crisis dominated the conversation, according to the Australian. The prime minister said the three countries were focused on stopping North Korea’s “reckless provocation.”

“Peace and stability have underpinned the prosperity of billions of people over many decades and we're going to work together to ensure we maintain it,” he added.

Trump said progress has been made in trade talks -- a signature issue for the president, who campaigned heavily on his so-called “America First” agenda.

“We’ve made some very big steps in respect to trade” as a result of meetings during his Asian trip, he told reporters.

Meanwhile, Trump promised that there will be a "major statement" from the White House on Wednesday, possibly about trade and North Korea.

“We have deficits with almost everybody. Those deficits will be cut very quickly and very substantially,” the president said.

Both Trump and Turnbull were expected to hold another meeting Tuesday after asking ASEAN officials to schedule a dinner between them.