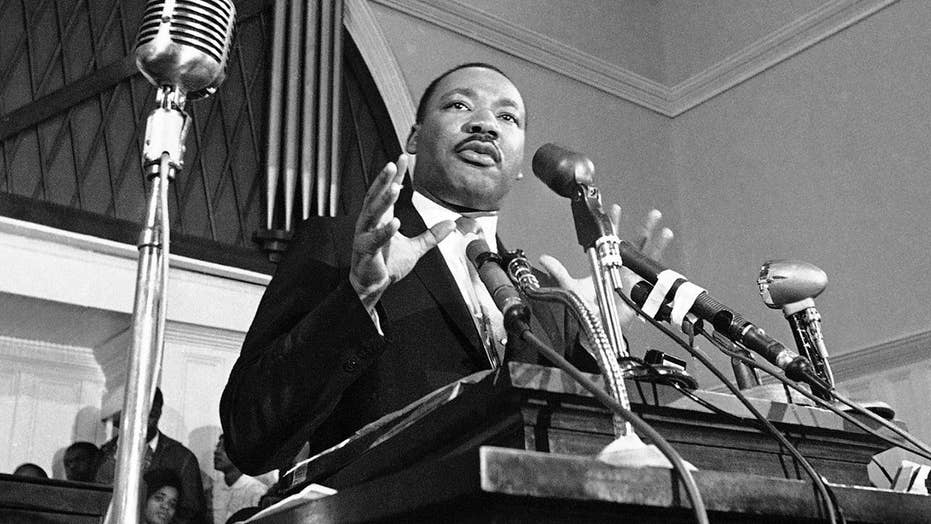 How much progress has been made 50 years after MLK's death?

President Trump took time on Monday to honor both the late Rev. Martin Luther King Jr. and his own inauguration three years ago by touting that the unemployment rate for African-Americans is the lowest in history.

“It was exactly three years ago today, January 20, 2017, that I was sworn into office,” Trump tweeted. “So appropriate that today is also MLK jr DAY.

The tweet continued: “African-American Unemployment is the LOWEST in the history of our Country, by far. Also, best Poverty, Youth, and Employment numbers, ever. Great!”

Later in the day, Trump and Vice President Mike Pence made a short visit to the Martin Luther King Jr Memorial in Washington, D.C., to pay their respects.

Trump was just one of many politicians – from all political stripes – to send out a message commemorating the civil rights leader.

In an early tribute to King, Pence spoke Sunday in Memphis, Tennessee, at a church service in which he recalled the challenges and accomplishments of the slain civil rights leader.

Before the service, Pence toured the National Civil Rights Museum at the Lorraine Motel in Memphis, where King was shot and killed on April 4, 1968, while standing on a balcony.

“I’m here to pay a debt of honor and respect to a man who from walking the dirt roads of the Deep South, to speaking to hundreds of thousands on the steps of the Lincoln Memorial, touched the hearts of the American people and led the civil rights movement to triumph over Jim Crow,” Pence said Sunday at the Holy City Church of God in Christ. 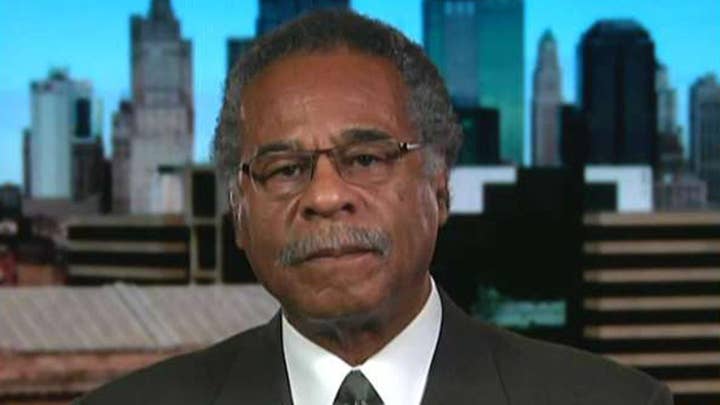 Acknowledging the nation’s divisions, Pence said that if Americans rededicated themselves to the ideals that King advanced while striving to open opportunities for everyone, “we’ll see our way through these divided times and we’ll do our part in our time to form a more perfect union.”

ALVEDA KING: WHAT MY UNCLE WOULD ASK OF EACH OF US

With the presidential election looming this fall, divisions have rankled Americans, according to recent opinion polls.

Among black Americans, over 80 percent said last year that Trump’s actions in office have made things worse for people like them, while only 4 percent said they thought his actions have been good for African-Americans in general. That’s according to a poll conducted by The Associated Press-NORC Center for Public Affairs Research.

The same poll found about two-thirds of Americans overall disapproved of how Trump has handled race relations.

Trump has been seeking to woo black voters, aiming for additional support in critical swing states later this year. His campaign has stepped up outreach efforts, including to African-Americans and Latinos, marking a departure from 2016 when Trump’s volunteer “National Diversity Coalition” struggled to make an impact. The campaign already has spent over $1 million on black outreach, including radio, print and online advertising in dozens of markets, officials said.