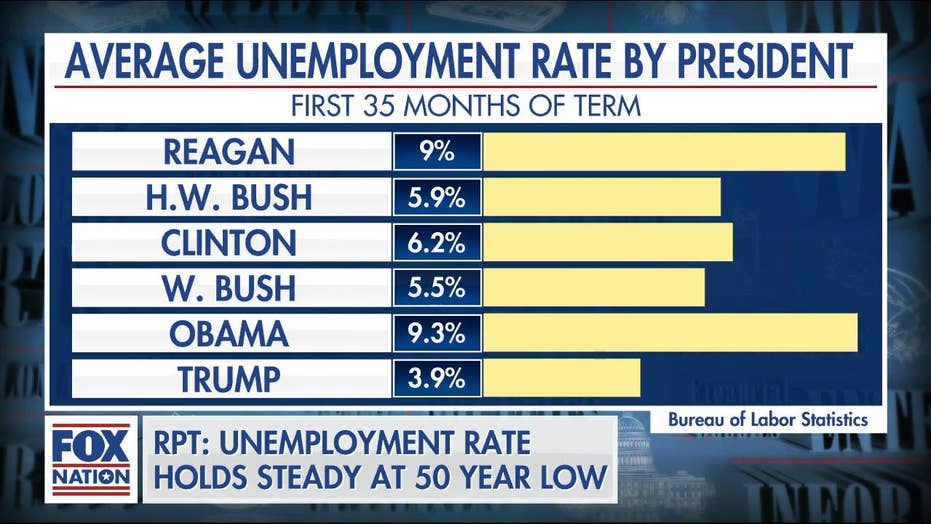 The graph shows the average unemployment rate in the first 35 months of each president's first term going back five decades.

That statistic coupled with the fact that the wages of American workers are rising for the first time in years presents a challenge for Democrats in the 2020 election, according to the "Deep Dive" panel.

"Workers' wages have lately been rising faster than the salaries of their bosses. It pretty much knocks out the inequality argument. ... It appears the Trump era has been reducing [income inequality]," said James Freeman, the assistant editor of The Wall Street Journal's editorial page.

"The first time it happened was September 2018," added Fox Business host Charles Payne, remarking on this dynamic between workers' and supervisors' wages. "And it's happened every single month, except one, were blue-collar workers', not supervisory workers', wages have grown faster than their supervisors'. It's amazing."

"There needs to be, I think, a new Democratic economic message," continued Freeman. "They're basically giving the same talking points from 2015 and 2016, when we talk about the average person's wages are stagnating and the middle class doesn't have the same opportunity." 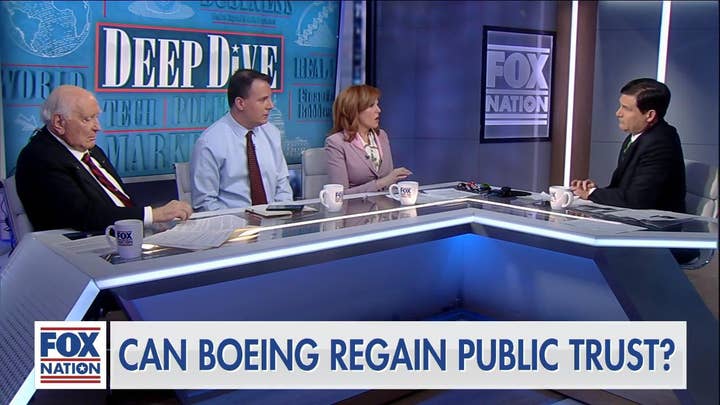 Adding to the positive economic numbers, the Federal Reserve Bank of Philadelphia released its report on Thursday showing manufacturing activity in the U.S. Mid-Atlantic region rebounding from a slump in the second half of 2019.

WILL BOEING'S 737 MAX BE SAFE IF IT EVER RETURNS TO THE SKY?

"I mean, this is how it all works. This is how it's all tied together," remarked Payne on the new statistics.

"For the first time in 26 years, according to census, and [Bureau of Labor Statistics] data, we have seen income gains in all Metropolitan areas," said Fox Business host Elizabeth MacDonald.  "Now, we've also seen 45 states seeing their state tax revenue back before prerecession levels, according to Pew Charitable Trusts."

"So are people buying the 2020 Democrats' doom and gloom?" she concluded.