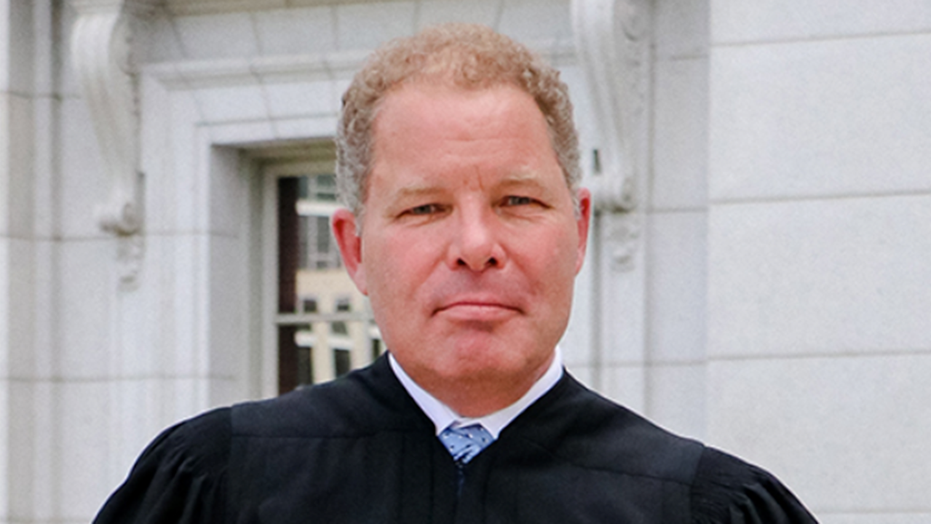 After two last-minute legal challenges, Wisconsin voters will head to the polls in the middle of the coronavirus pandemic Tuesday for an election in which President Trump has come out with a strong endorsement — not in the Democratic presidential primary most Americans are aware of, but for incumbent Wisconsin Supreme Court Justice Daniel Kelly.

Back-to-back Monday rulings by the Wisconsin Supreme Court and the U.S. Supreme Court against Wisconsin Gov. Tony Evers' efforts to postpone the in-person voting day and extending the absentee ballot deadline locked in the Badger State's election for Tuesday.

This effectively forces voters who have not yet received absentee ballots to trek to the polls in the middle of the coronavirus pandemic in order to cast their ballots.

As the drama unfolded Monday, Trump re-upped his initial Friday of endorsement of Kelly, whom the president called "tough on crime" and said is doing a "terrific job" protecting the Second Amendment. Kelly recused himself from the Monday decision forcing the election to go forward.

Just after midnight, Trump tweeted again in support of the conservative justice who was first appointed to his seat by former Wisconsin GOP Gov. Scott Walker in 2016 and is currently facing his first reelection. Kelly is facing a challenge from the more liberal Jill Karofsky in a nonpartisan general election.

Trump's plea for voters to turn out in favor of Kelly comes as Sanders and Biden have stopped advertising in the state and are running primarily virtual campaigns as they practice social distancing in the middle of what Trump and the White House Coronavirus Task Force warned could be one of the most dangerous weeks of the pandemic in the U.S.

Biden, who leads Sanders in the polls in Wisconsin and has a commanding lead in overall delegates, did not even mention the word Wisconsin in his Monday "Here's the Deal" podcast. Sanders has also largely avoided talking about the Wisconsin primary, but on Tuesday reiterated that his campaign would not be sending staffers or volunteers to try to bring people to the polls.

"It's outrageous that the Republican legislative leaders and the conservative majority on the Supreme Court in Wisconsin are willing to risk the health and safety of many thousands of Wisconsin voters tomorrow for their own political gain," Sanders tweeted.

"Let's be clear," he continued, "holding this election amid the coronavirus outbreak is dangerous, disregards the guidance of public health experts, and may very well prove deadly. For that reason, our campaign will not be engaged in any traditional GOTV efforts."

Wisconsin, unlike other states, does not give unilateral authority to the state's governor or secretary of state – or the two working in conjunction – to move an election. This forced Evers, a Democrat, to appeal to the state's Republican-controlled legislature to pass a bill moving the election date or changing how it would work. The legislature refused to do that, so Evers issued an order suspending in-person voting until June 9, which was promptly struck down by the Wisconsin Supreme Court.

The U.S. Supreme Court, in a separate Monday ruling, struck down a federal district court ruling that would have allowed Wisconsin voters to cast absentee ballots after the April 7 election day. The ruling was split 5-4 along ideological lines, with the majority saying that it was staying consistent with precedent preventing federal courts from changing the rules of elections on the eve of election day.

Those two rulings taken together force Wisconsin to hold its Tuesday election in-person and take away the option of voting absentee for Wisconsinites who have not yet requested and received an absentee ballot in the mail.

"The Supreme Court of the United States legislated from the bench today, following Trump team's orders and writing a new election law to disenfranchise untold thousands of Wisconsin voters and consign an unknown number of Wisconsinites to their deaths," Wilker said, though the Supreme Court majority went out of its way to emphasize that it was reversing a lower-court decision that amounted to legislating from the bench.

Kelly, ahead of the Wisconsin Supreme Court decision urged "clerks, poll workers, and voters to stand ready to conduct the election tomorrow.

REPORTER'S NOTEBOOK: CORONAVIRUS SHAKES UP THE BEST BEAT IN WASHINGTON

"We can do two things at the same time," he said, "maintain the foundations of our democracy while taking reasonable precautions to keep people safe."

Karofsky encouraged voters to head to the polls if they feel safe doing so while also maintaining caution.

"If you feel safe going to your polling place, in-person voting begins at 7:00 AM Tuesday," she said. "Many polling places have changed, visit http://myvote.wi.gov to confirm yours. Please take precautions when you’re in public, it’s up to you whether you feel safe voting in-person."

In a video posted to Twitter, Karofsky reiterated that voters should ensure they mail or drop off their absentee ballots on Tuesday and that they should double-check what their in-person polling place is due to changes that have been made thanks to a lack of poll workers wanting to help run the election in the middle of a pandemic.

The Wisconsin Elections Commission posted information on what voters should know in advance of the Tuesday election. It emphasized that voters should wash their hands before and after voting, that hand sanitizer would be available at most polls and that voters should maintain social distancing -- including by taking advantage of curbside voting.

"Local election officials are prepared for Election Day with sanitation supplies and have been trained on social distancing procedures and other guidance developed with a public health official," Meagan Wolfe, the state's chief elections official said. "Now, we’re asking voters to be careful and patient if they go to the polls on Tuesday."