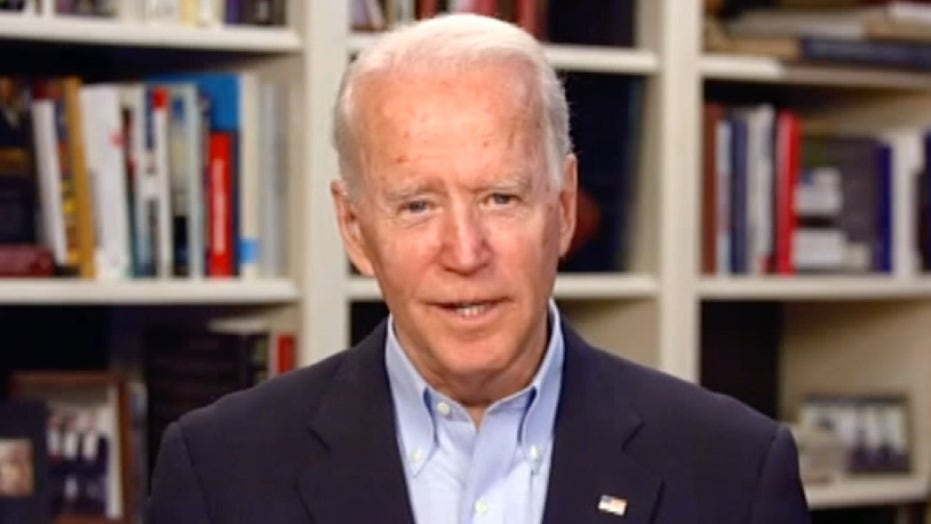 The Wisconsin Supreme Court on Monday afternoon shot down a last-minute election-eve push by the state’s governor to suspend in-person voting for the state's scheduled Tuesday primary due to health concerns amid the coronavirus pandemic.

The state's highest court -- which is controlled by conservatives -- ruled 4-2 that Gov. Tony Evers, a Democrat, lacked the authority to move the election on his own.

Hours later, the U.S. Supreme Court struck down a federal district court judge's ruling allowing people voting by absentee ballots an extra week to return their ballots. The ruling by the high court broke along ideological lines, with the five appointed by Republicans overruling the four appointed by Democrats.

Evers previously had resisted delaying the election -- saying he didn't have the authority to move the date -- but on Monday he signed an executive order that would have pushed in-person voting for the April 7 contest to June 9.

The governor's order would have also directed the state's GOP dominated state legislature to meet Tuesday in special session “to address the election date.” The order stated that if the legislature doesn’t pass a bill moving the primary’s date, voting would have occurred on June 9.

Republican legislative leaders pushed back against the governor's move.

Hours before the ruling by the state's Supreme Court, Evers said "my hope is that the courts of Wisconsin will agree that this is an unprecedented moment in time and affirm that my action today is necessary to keep the people of our state safe."

Evers’ move came as Wisconsin was attempting to do what no other state has tried to do – hold in-person voting at polling amid the coronavirus pandemic – as most Americans huddle in their homes to avoid the spread of the deadly COVID-19 disease caused by the virus.

The governor's push came one day after mayors of some of Wisconsin’s biggest cities pleaded for a delay in the election.

In a letter to the state’s Department of Human Services, 10 mayors representing some 1.3 million residents warned that if in-person voting takes place on Tuesday, it would put “hundreds of thousands of citizens at risk by requiring them to vote at the polls while this ugly pandemic spreads.”

Hours before the governor signed his executive order, the state’s elections commission put out a list of 10 things voters should know before heading to the polls.

Among Monday’s guidance is a request to “keep your face-to-face interactions brief with both poll workers and other voters.  We want to limit the risk for everyone in the process on Election Day.” And the elections commission noted that “curbside voting options are available” for those who are ill and need to vote.

With the state under a stay-at-home order, thousands of poll workers have indicated they wouldn’t be showing up on Tuesday, forcing many cities and towns to cut the number of polling stations. Milwaukee was down to just five polling sites from the original 180.

The National Guard stepped in to provide some assistance, distributing hand sanitizer and other supplies to polling states across the state.

The governor’s primary-eve move came three days after he called for a special session of his state’s legislature to overhaul the Tuesday primary -- by allowing for an all-mail election, sending absentee ballots to every registered voter and pushing the deadline back until May 26 for ballots to be returned.

The request by Evers – who’s repeatedly highlighted that he doesn’t have the unilateral power to change the date of the election – was brushed aside by the Republican-controlled legislature. GOP leaders said the governor’s move came too late and that they had “grave concerns about election security” by allowing absentee ballots to be submitted beyond election day.

On Monday, GOP leaders noted, in challenging the latest order, that the governor has said he can't move the election on his own.

In Washington, the U.S. Supreme Court ruled that a federal district court judge exceeded his authority last week when he allowed for absentee ballots to be counted through April 13, one week after the scheduled date of the contest.

The judge was ruling on lawsuits seeking to delay the primary that were filed by the Democratic National Committee, state Democrats, and several voter advocacy groups. The judge declined to postpone the primary’s date, but did allow for absentee balloting to be extended for a week.

State Republican legislative leaders on Saturday joined the Wisconsin Republican Party and the Republican National Committee in appealing the ruling – which was mostly upheld by a federal appeals court judge – to the Supreme Court.

Democrats unsuccessfully urged the Supreme Court to deny the GOP push to mandate that all absentee ballots be returned by Tuesday night, arguing that tens of thousands of voters wouldn’t even receive their ballots by primary day.

The battle over the Wisconsin primary's seen as an appetizer in the bigger national fight over a push by Democrats for states to implement broader access across the country to absentee ballots and voting by mail.