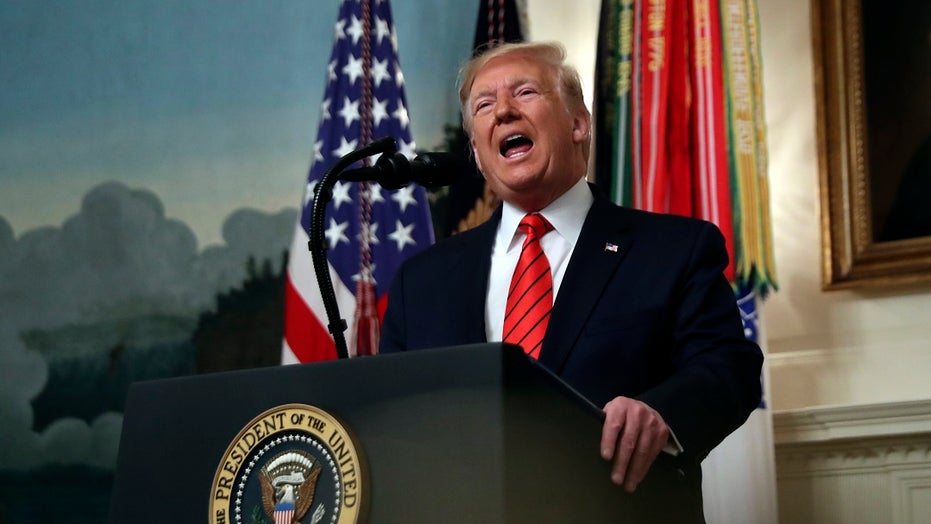 President Trump, a born-and-bred New Yorker, announced Thursday that he has changed his permanent residence to Palm Beach, Fla., because of the way politicians in New York City and the state of New York have treated him.

“I hated having to make this decision, but in the end it will be best for all concerned. As President, I will always be there to help New York and the great people of New York. It will always have a special place in my heart!”

The New York Times originally obtained the court documents for Trump’s change of address from Trump Tower in New York City to the location of his Mar-a-Lago Club in Palm Beach, where he's built a residence. First lady Melania Trump also changed her residence to the same location in an identical document.

“If I maintain another place or places of abode in some other state or states, I hereby declare that my above-described residence and abode in the State of Florida constitutes my predominant and principal home, and I intend to continue it permanently as such,” the Trump file read.

“I formerly resided at 721 Fifth Avenue,” the document said. Trump, raised in the borough of Queens, moved into the skyscraper in midtown Manhattan in 1983.

The document lists Trump’s “other places of abode” as 1600 Pennsylvania Avenue, aka the White House, and his private golf club in Bedminster, N.J.

Trump has spent 99 days at his Florida resort since becoming president, while he’s spent only 20 days at Trump Tower, according to NBC News.

Democratic presidential candidate Sen. Elizabeth Warren accused the president of making the move so he can shield his tax information from New York authorities.

"Donald Trump doesn't want the state of New York to see his taxes—I wonder why," Warren wrote. "Let's call this out for what it is: Corruption, plain and simple. Under my anti-corruption plan, all presidential candidates would be required to release their tax returns."

"Don't let the door hit you on the way out or whatever," de Blasio wrote.

Trump is due to make an appearance in New York City this weekend to attend an MMA fight at Madison Square Garden. He's scheduled to spend Saturday night at Trump Tower.

While Trump said his change of residence was due to poor treatment by New York officials, some have speculated he could be doing so for tax purposes. Florida does not have a state income tax or an inheritance tax and has long been a haven for wealthy former New Yorkers.

In August, Heritage Foundation chief economist Steve Moore appeared on “The Daily Briefing” to say that New Yorkers fleeing to Florida for tax purposes may be the “biggest economic story” in the country.

He said there are four so-called "states of the apocalypse”– New York, New Jersey, Connecticut and Illinois – from where residents are fleeing in droves due to high taxes and state budget issues.

Moore said the states benefiting the most from this population movement are Florida, Tennessee, Texas, Utah and North Carolina.