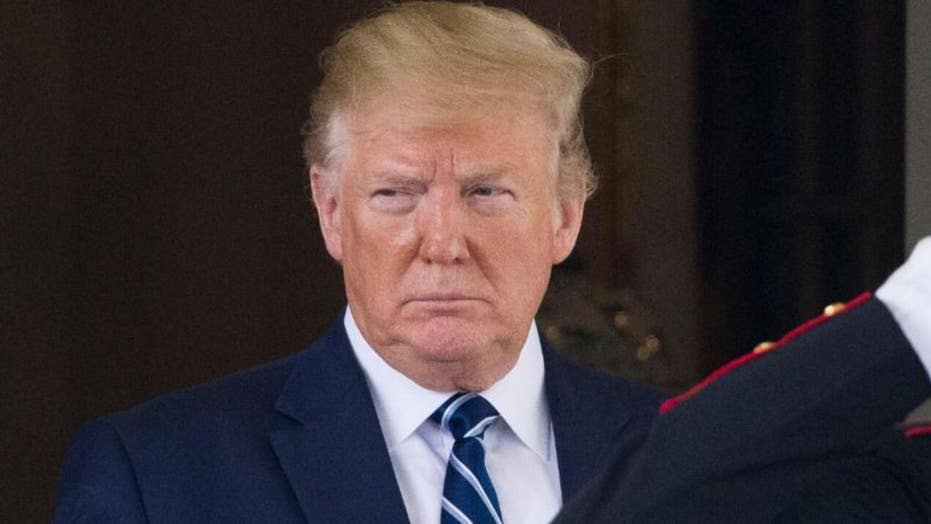 President Trump doubled down on his criticism of mail-in voting on Tuesday, telling Fox News' Sean Hannity in an exclusive interview that it would lead to “catastrophic corruption,” and slammed the process as "a rigged election waiting to happen."

"This whole thing with his mail-in ballots, that's a rigged election waiting to happen. It's rigged and everyone knows it," Trump said.

"You can't send out 16 million mail-in ballots ... who knows who's getting them?" he argued. "The mailmen are going to get them, people are going to just grab batches of them and you talk about China and Russia,  they'll be grabbing plenty of them. It's a disaster. It's a rigged election waiting to happen."

The president and the GOP have been warning for months about possible fraud connected to mail-in voting. The RNC and the Trump reelection campaign have doubled their legal budget this year to hit back at efforts by Democrats to overhaul voting laws in response to the pandemic.

"It's just common sense," Trump argued. "You wouldn't even have to know anything about politics or elections. It's common sense."

Trump clarified that because of the process required to obtain an absentee ballot, such voting is safer than general mail-in balloting — and pointed to a voter-fraud scandal out of New Jersey as evidence that universal mail-in voting would cause widespread problems.

"An absentee ballot is okay ...," he said, "but these mail-in ballots where they send millions of them all over the country, it's going to be a rigged election, and this country shouldn't allow it."

The process "can't work," he said plainly. "It hasn't worked in little districts. Small little defined districts, they can't do it. It's an impossibility. Plus, the post office isn't set up for this. The post office is not set up for millions -- when you look at what they did in Nevada ... where they're sending millions of ballots [to registered voters] and you don't have to have a confirmed signature, there's nothing to say that that person signed it.

"It's going to be catastrophic corruption."