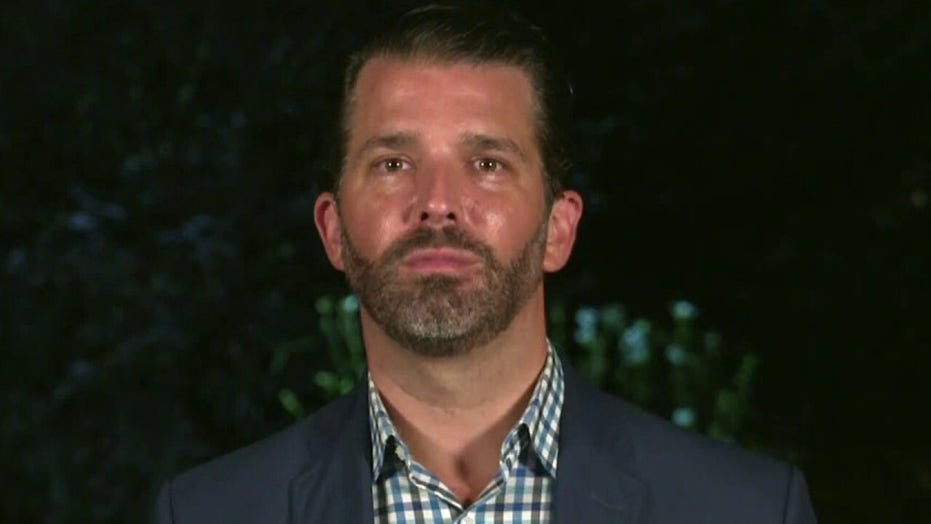 The president's eldest son also addressed what he called Biden's "cognitive decline," inviting Americans to compare the former vice president's current appearance with how he looked during his long tenure as a senator.

"Honestly, it would be sad if it wasn't so scary for our country what's going on in that campaign," Trump Jr. said. "The inability to articulate a thought, the inability to do events two days in a row without having to go back into his basement burrow and hide -- and I don't mean to make light of cognitive decline, as his stenographer has pointed out and so many other people have pointed out.

"We are just not necessarily trusting that person with the nuclear codes or trusting the person with our children's and our grandchildren's futures. That's what the Democrats are doing ... they can go to Ohio and Pennsylvania and say, 'Joe's moderate. Look, it's moderate Joe.' But you're not a moderate with his platform. You're not a moderate with the people he's chosen to surround himself with, so it's a big lie."

The Trump Organization vice president then accused Biden of having "probably done more damage to the American middle class and to American manufacturing than any other person alive, and yet the media will allow him to run in Middle America like he will be the savior."

"They think he's as incompetent as you and I think he is, but they like him because he is a way to get Kamala [Harris] in there. He's the way to get Bernie and AOC and Rashida Tlaib and the rest of The Squad -- and get their policies in there -- because those are his policies at this point."