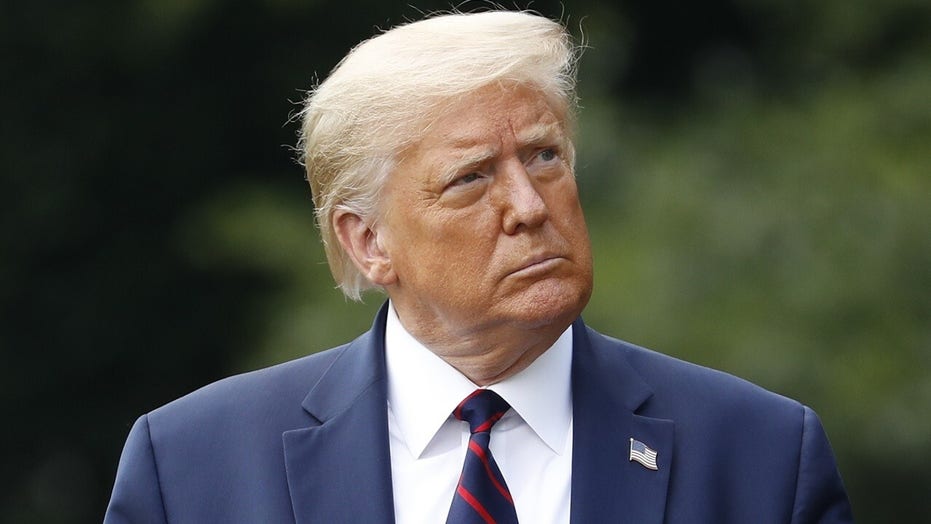 Trump on withdrawing US troops from Germany: Germany took advantage and that's what happens

President Trump comments on U.S. troop redeployment in Europe during an interview on 'Fox &amp; Friends.'

President Trump told Fox and Friends anchor Brian Kilmeade Wednesday that the North Atlantic Treaty Organization (NATO) was “a disaster” and that he got countries to pay $130 billion more a year.

“The United States was paying for everybody, I said ‘you gotta pay.’ Bottom line, after one meeting we got $130 billion a year more, going to $400 billion,” Trump said Wednesday.

Kilmeade asked the president why the U.S. was removing troops from Germany for not paying their NATO dues, but dispersing them to other countries like Italy and Belgium who also fall short on their NATO defense spending.

Trump has touted the rise in NATO member defense spending for several months, though the spending agreements amongst NATO allies actually occurred in 2014, two years before Trump took office, coinciding with Russia’s 2014 annexation of Crimea in Ukraine.

TRUMP ON WITHDRAWING US TROOPS FROM GERMANY: GERMANY TOOK ADVANTAGE AND THAT'S WHAT HAPPENS

According to information provided by NATO, only three countries were meeting the two percent threshold that member nations were expected to pay from their GDP for NATO defense, previously agreed to in 2006.

An additional agreement in 2014 pushed NATO allies to meet the two percent GDP spending goal by 2024.

“When I went in, it was a disaster I think seven countries were paying what they were supposed to be paying,” Trump told Fox and Friends Wednesday.

By 2019, nine member nations had met the two percent goal, and the majority of other nations had put in place plans that targeted the goal by 2024.

Since 2014, Romania, Poland, Latvia, and Lithuania, all located in Eastern Europe, where over 4,000 NATO troops have been sent to deter Russian military intervention, passed national spending laws to meet NATO’s defense spending requirement, according to a report by Foreign Policy.

“$130 billion a year more paid by those countries that were delinquent, they were all delinquent and it’s going to $400 billion,” Trump told Fox and Friends.

Critics say that the president's use of the word “delinquent” is a mischaracterization as NATO allies actually have until 2024 to reach their agreed upon two percent GDP spending goal.

“But Germany has to pay, Germany is a wealthy country and they have to pay and we’re not going to have 52,000 troops in Germany where they make a fortune off of the troops, you know they built cities around our troops,” Trump said Wednesday.

Trump’s comments run counter to what Defense Secretary Mark Esper said last week as to the reason behind the sudden withdrawal of 12,000 troops from Germany,  who stressed the move was strictly a strategic policy shift to “strengthen NATO, [and] enhance the deterrence of Russia.”

“As anyone can see, the repositioning of our forces in Europe constitutes a major strategic and positive shift, wholly in line with the NDS, and consistent with other adjustments the United States has made within NATO in previous times,” Esper told reporters last week.

The move which is will send about 6,400 troops back to the U.S., and disperse another 5,600 across Europe, is expected to cost in the “single-digit” billion-dollar range,  Esper confirmed.

Members of Congress on both sides of the aisle reacted negatively to the announcement that troops would be withdrawn from Germany.

US CUTTING 12,000 FORCES FROM GERMANY AFTER TRUMP SIGNALS DISPLEASURE WITH BERLIN'S DEFENSE SPENDING

The Pentagon argued that the redistribution of troops throughout Europe, particularly in Poland, is a strategy long sought after by Warsaw and a move that stations more U.S. troops closer to Germany.

Esper said Congress had been notified about the intended policy changes and would work in coordination with Congress going forward. But the House Armed Services Chairman, Adam Smith, D-Wash., said that lawmakers were not notified until after the fact.

“This plan was not drafted in consultation with U.S. allies or with the military services, but instead all parties - including Congress - were notified after decisions had already been made,” Smith said last week.