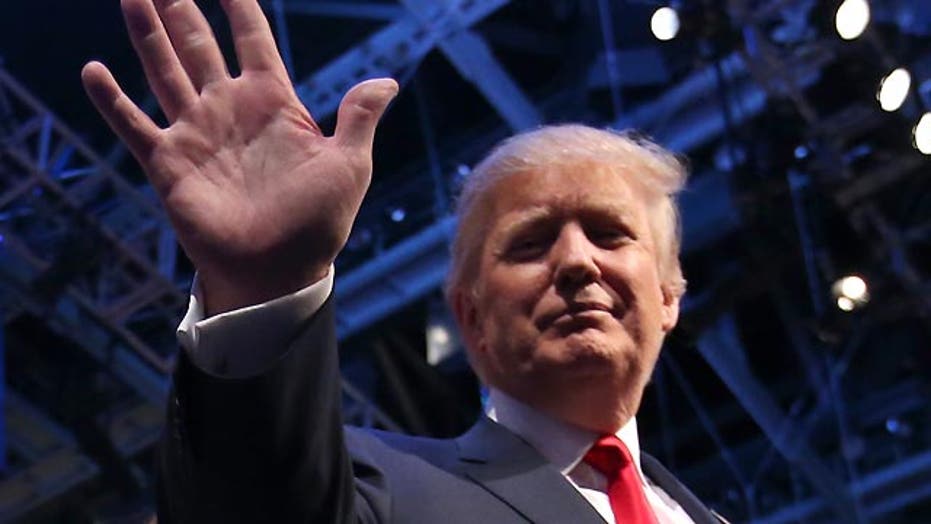 Trump doubles-down on his own 'Trump card'

'The Donald' proves anything but shy in debate as he renews threat to possibly run as a third party candidate and admits using it as leverage. #GOPDebate

Top Republican presidential candidate Donald Trump has been un-invited from a gathering of influential conservatives this weekend, over what an organizer said was a "hostile" and "inappropriate" comment.

The annual RedState Gathering is being held in Atlanta and was scheduled to include Trump as a Saturday night keynote speaker.

Erick Erickson, the RedState.com editor, said he "disinvited" Trump for a comment he made Friday about Fox News Channel's Megyn Kelly, who asked him during a televised primary debate Thursday about previous comments about women.

Erickson said: “I just don’t want someone on stage who gets a hostile question from a lady and his first inclination is to imply it was hormonal. It just was wrong.”

He also said the Trump campaign said the candidate meant to say “whatever,” not “where ever.”

But the explanation was not enough to change the mind of Erickson, who says he understands Trump’s bluntness, how he has tapped into disaffected voters and that the Republican establishment is failing to treat him as a “legitimate” candidate.

"This is just another example of weakness through being politically correct,” a Trump campaign spokesperson said. “For all of the people who were looking forward to Mr. Trump coming, we will miss you. Blame Erick Erickson, your weak and pathetic leader.”

The spokesperson also said Trump will do another campaign event at a different location.

“As much as I do personally like Donald Trump, his comment … is a bridge too far for me,” Erickson also said.  “His comment was inappropriate. It is unfortunate to have to disinvite him."