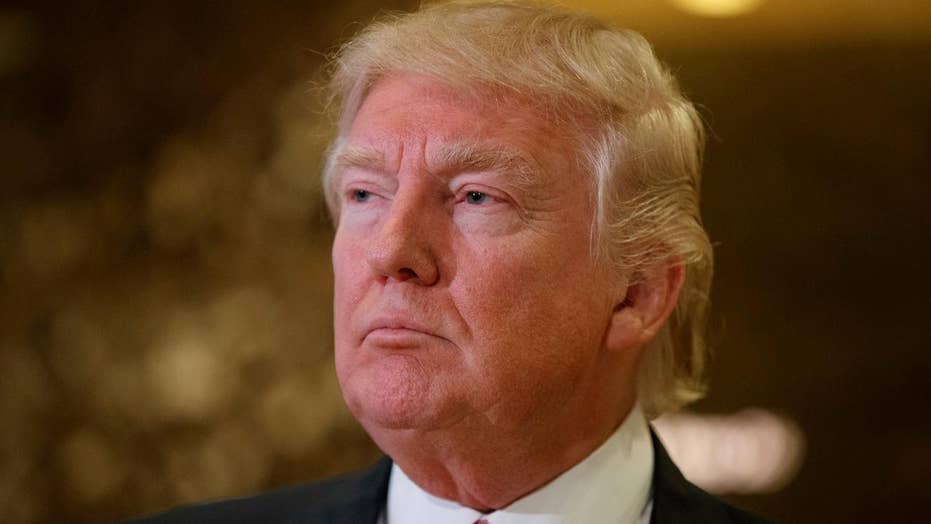 What does health insurance 'for everybody' really mean?

President-elect Donald Trump revealed in an interview with The Washington Post that he’s almost finished with a plan to replace ObamaCare and vowed to have “insurance for everybody.”

Trump declined to reveal the pertinent details of the new health care plan, but told The Post in the interview published Sunday night that drug companies will be forced to negotiate on Medicare and Medicaid prices. He also plans to fight pharmaceutical companies over drug prices.

The president-elect insisted that his plan for replacing the Affordable Healthcare Act is all but finished, and added that care would have “lower numbers, much lower deductibles.” He went as far to say that he’s ready to reveal it alongside Senate Majority Leader Mitch McConnell and House Speaker Paul Ryan.

“It’s very much formulated down to the final strokes. We haven’t put it in quite yet, but we’re going to be doing it soon,” Trump said during the interview with the paper.

He added that he’s still waiting for Rep. Tom Price, R-Ga., to be confirmed as his secretary for health and human services. A hearing for his confirmation has yet to be scheduled.

Congressional Republicans took the first big step last week in their seven-year trek to dismantle President Obama’s health care law, passing a budget that would ease the passage of a bill that would replace ObamaCare. The budget — the Senate approved it Thursday — bars Democratic senators from blocking that future legislation with a filibuster.

The budget "gives us the tools we need for a step-by-step approach to fix these problems and put Americans back in control of their health care," Ryan, R-Wis., said after the vote.

Though Trump wants a quick repeal and replace of the law, there’s likely to be months of debate and infighting before the new law could be passed. Much of Friday's debate underscored the sharp-elbowed politics of the issue.

Democrats praised the law for extending coverage to tens of millions of Americans and helping many millions more afford policies and buy prescriptions. Rep. John Yarmuth, D-Ky., said rather than "repeal and replace," Republicans should name their effort "repeal and repent" because of the harm they were about to cause to voters.

No. 3 House GOP leader Steve Scalise of Louisiana aimed his rhetoric at Democrats defending one of Obama's proudest legislative achievements, a law that Republicans say missed its goals of cutting consumers' medical costs and increasing access to doctors.

"This should not be about preserving somebody's legacy," Scalise said. "It should be about fulfilling those promises to the American people that were broken."

Approval of the budget means Senate Democrats won't be allowed to filibuster the future repeal-and-replace bill — a pivotal advantage for Republicans. They control the Senate 52-48, but it takes 60 votes to end filibusters, which are endless procedural delays that can scuttle legislation.

Congressional Republicans have made annulling Obama's law and replacing it a top goal for the past seven years. GOP rifts and an Obama veto prevented them from achieving anything other than holding scores of votes that served as political messaging.

Trump insists that the new law will be better despite worries from Congress and the possibility of putting 20 million Americans at risk of losing their health coverage.

“We’re going to have insurance for everybody. There was a philosophy in some circles that if you can’t pay for it, you don’t get it. That’s not going to happen with us.”