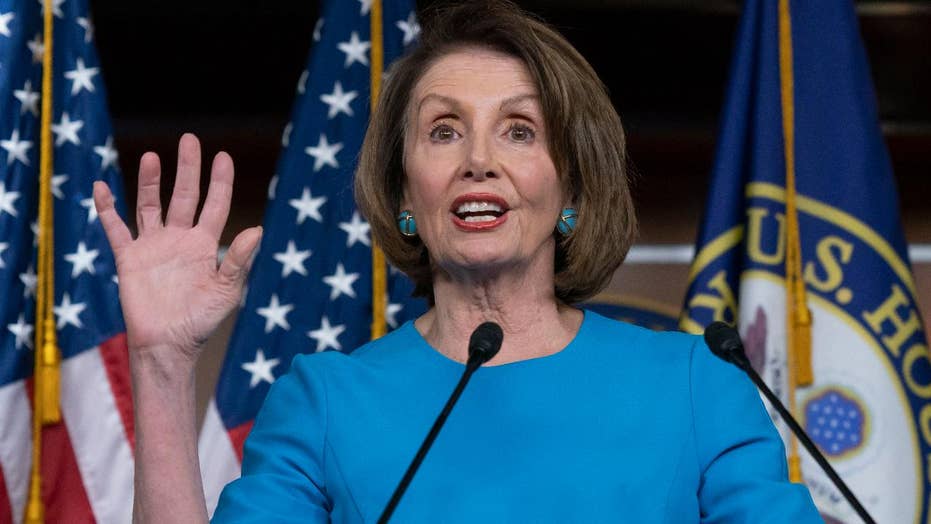 House Democrats split on impeachment push; reaction and analysis on 'The Five.'

As talk of impeaching President Trump ramps up, two co-hosts of "The Five" explained why the president may actually want to be impeached... but for slightly different reasons than the Democrats.

During a discussion on the issue, Juan Williams explained why he believes the president may view being impeached by the House as a positive heading into 2020.

Co-host Greg Gutfeld agreed with Williams, saying he also believes Trump wants the House to bring impeachment proceedings against him, but said the president has different reasons for wanting so instead of making himself out to be a "victim".

"It's like that Tom Sawyer story where you trick the kid to painting the fence by exaggerating its therapeutic benefits," Gutfeld said, implying that the president was manipulating Democrats.

Gutfeld argued that Trump wanted to add to his legacy.

"I don't think it's about victimization. It's about... it's folk hero status when you go after somebody. He has a great economy going. All of this good stuff is happening, peace and prosperity and you're impeaching him? It's going to turn him into Paul Bunyan."

DEMOCRATS FUME AS McGAHN SKIPS HOUSE HEARING: 'OUR SUBPOENAS ARE NOT OPTIONAL'

The discussion came after it was reported House Speaker Nancy Pelosi will hold a meeting Wednesday with House Democrats to discuss whether to move forward with impeachment proceedings.

Rep. Alexandria Ocasio-Cortez, D-N.Y., has called on House Democrats to “move forward” with impeaching President Trump, adding that if they fail to do so it could be viewed as a “politically motivated” decision.

The freshman New Yorker issued the call to arms to members of her party shortly after White House Counsel Don McGahn defied a subpoena and skipped a committee hearing at Trump's direction.

The development comes one day after a senior House Democrat -- speaking on the condition of anonymity -- told Fox News that House Speaker Nancy Pelosi could soon be left with no choice but to embrace calls from some within her party to impeach Trump.

The official said, despite Pelosi’s repeated attempt to quell talk of impeaching the president, she “isn’t going to be able to hold off on impeachment much longer.”

The Democrat argued that “the vast majority of us are for impeachment.”

Pelosi denied any reports that a division was growing within the Democratic Party over impeachment.