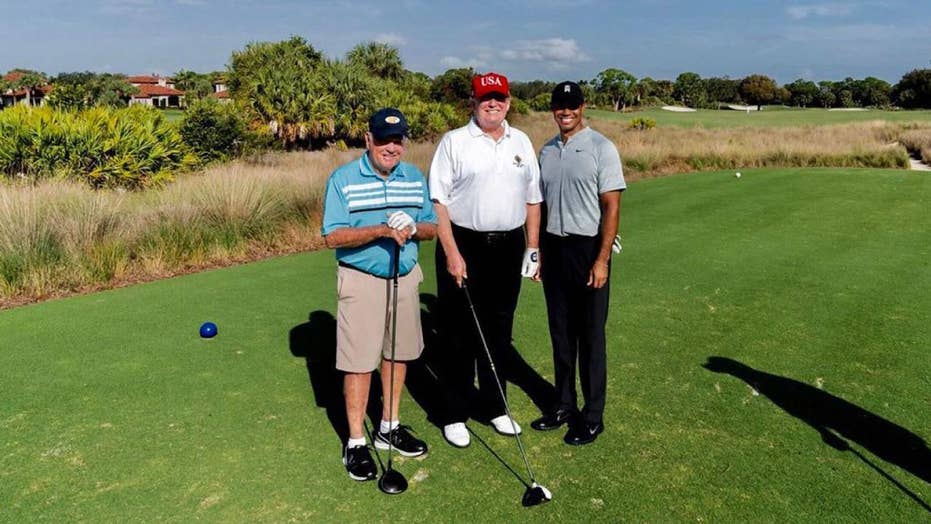 President Trump said he had a “great morning” golfing with pros Jack Nicklaus and Tiger Woods Saturday at his private club in Florida.

Trump arrived at Trump National Golf Club in Jupiter, Florida, on Saturday morning after escaping the cold and snow in Washington, D.C. a day earlier.

TRUMP COMMENTS ON PATRIOTS' TRIO BRADY, BELICHICK, KRAFT: 'THEY HAVE GREAT CHEMISTRY WITH EACH OTHER'

Trump tweeted a photo of him with the two golf greats smiling on the green.

The trip is Trump’s first to his Florida home and properties since Thanksgiving. The president had limited his travel during a record, 35-day partial government shutdown. He ended the shutdown last week.

Both Nicklaus and Woods are regular golf partners for Trump. Nicklaus even designed the club’s 18-hole course, according to the website.

In September, Woods won the 2018 Tour Championship. Meanwhile, Nicklaus, also known as the Golden Bear, is the “oldest winner in Masters Tournament history” at the age of 46, according to the World Golf Hall of Fame.