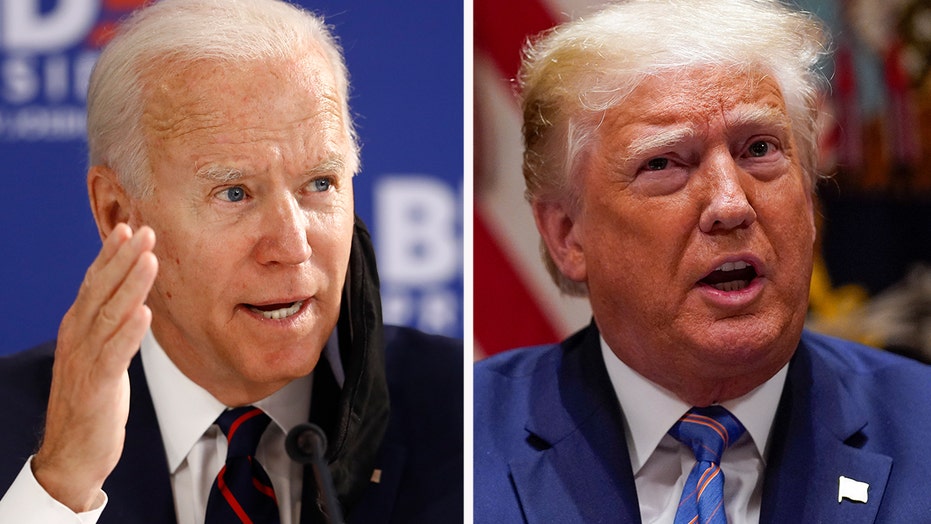 Fox News confirmed that Giuliani – who served as a leading Trump attorney during the impeachment of the president – joined Trump campaign manager Brad Parscale on a call Thursday with members of the Commission on Presidential Debates (CPD), which organizes and holds the quadrennial showdowns.

Parscale and Giuliani pushed for more debates, an earlier start to the debates than usual and having a say in the choice of moderators. The news was first reported by Politico.

THE LATEST FROM FOX NEWS ON THE 2020 PRESIDENTIAL DEBATES

“We are not going to ride the roller coaster of the ever-changing Trump campaign position on debates, nor are we going to be distracted by his demands,” Kate Bedingfield, Biden’s deputy campaign manager said in a statement to Fox News.

Bedingfield said, “We will make this simple: like every other Democratic and Republican candidate since 1992, we will show up for the debates set by the Commission on Presidential Debates, at the places they have selected, on the dates they have selected, with the formats and moderators they designate -- so long as Donald Trump does the same, and does not intimidate the Commission into changes from past practices.”

Fox News reached out to the CDP for comment but did not immediately receive a response.

In asking for an extra showdown between the presumptive Democratic nominee and the president, Trump campaign officials see an extra chance for Biden to possibly stumble. The president and his campaign for months have questioned the 77-year-old Biden’s mental acuity, with Trump repeatedly calling the former vice president “Sleepy Joe.”

But the 74-year-old president’s health and stamina have been questioned by Democrats and the media as well – most recently after he appeared to have difficulty drinking a glass of water and walking down a ramp while at West Point last week to deliver the U.S. Military Academy commencement address.

The push for more debates is a reversal for the president, who last year threatened to boycott the nationally televised primetime encounters.

Giuliani’s involvement – in an unpaid role – marks a return to the spotlight for the lawyer who was all over the cable news networks during the impeachment process. Giuliani, who made an unsuccessful 2008 bid for the Republican presidential nomination, was a major Trump surrogate four years ago and was involved in the then-GOP nominee’s 2016 debate prep.